The Air Force has begun to look at whether there's increased risk for prostate cancer among its fighter pilots. A new investigation by McClatchy shows just how serious the problem may be 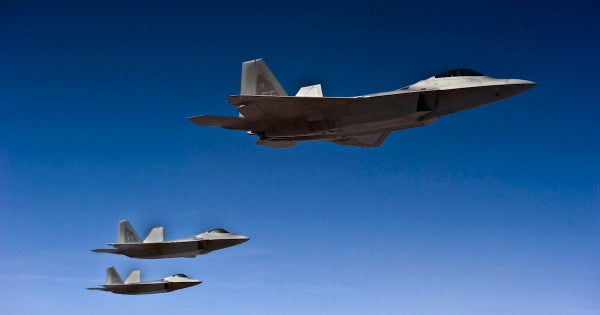 WASHINGTON — The Air Force has begun to look at whether there's increased risk for prostate cancer among its fighter pilots. A new investigation by McClatchy shows just how serious the problem may be.

The fighter pilot study was requested by Air Force Chief of Staff Gen. David Goldfein after he was contacted by concerned veterans service organizations in 2018, according to the report obtained by McClatchy.

At the heart of the Air Force study was a question of whether extended exposure in the cockpit to radiation may be linked to increased risk of prostate cancer.

The study said “pilots have greater environmental exposure to ultraviolet and ionizing radiation … (fighter pilots) have unique intra-cockpit exposures to non-ionizing radiation.” The Air Force study was conducted by the 711th Human Performance Wing at Wright Patterson Air Force Base in Ohio.

The Air Force study found that fighter pilots are no likelier to develop prostate cancer than non-pilots. But the Air Force acknowledged the limitations of its review. “Many of the limitations affecting the present study concerned data access and data quality. Capture of cancer cases may have been incomplete,” it said.

A separate review by McClatchy of Veterans Health Administration data on prostate cancer among Air Force veterans showed more severe results. The number of Air Force veterans diagnosed with prostate cancer has nearly tripled from 2000 to 2018 while that diagnosis for the veteran community at large has doubled in the same period. The McClatchy-obtained data did not break out pilots and non-pilots.

The Air Force study reported 977 incidents of different types of cancer among the group it reviewed of 4,949 Air Force fighter pilots and 83,483 non-fighter pilot Air Force officers who were commissioned between 1986 and December 2006. An updated analysis in the same Air Force study included Veterans Health Administration data but it did not change the earlier findings.

Only two prostate cancer cases were found among the fighter pilots in that time frame, which the Air Force acknowledged may not reflect what veteran pilots are seeing in their community.

The fighter pilot community “is a small, tight-knit sub-community,” the Air Force said. “Even if the cancer incidence rate in their community is the same as that of the broader (Air Force), it will not be experienced that way.”

The numbers in the VA health care system tell a different story.

Based on a Freedom of Information request, McClatchy obtained data on how many cases of prostate cancer were diagnosed or treated through the VA health care system per fiscal year.

McClatchy found that the VA health care system reported 12,123 unique prostate cancer cases for Air Force veterans in fiscal year 2000 and 35,772 unique cases in fiscal year 2018, a 195% increase. A unique case refers to a veteran who is only counted once per fiscal year per cancer regardless of how many medical appointments were made that year to treat the cancer.

One Air Force officer, who spoke to McClatchy on condition of anonymity, said the results of the Air Force study could reflect the limitations of the review: the age group was mostly airmen in their 20s to 40s and the review was based on their active duty medical records, where prostate cancer may not yet have surfaced.

The fighter pilot group may also be less likely to use VA health care after leaving the military, because they often go on to fly for commercial airlines and use the company's health care plan, so the Air Force did not have access to those records.

The study's reach was also limiting because very few airmen stayed in the service long enough to fully track the cancer, which is most common in men in their 60s.

“We are considering further studies,” the Air Force official said.

The Air Force study had intended to include Navy and Marine Corps pilots but could not get a comparable population, the Air Force official said.