Editor’s Note: This article by Oriana Pawlyk originally appeared on Military.com, a leading source of news for the military and veteran community. Three commanders... 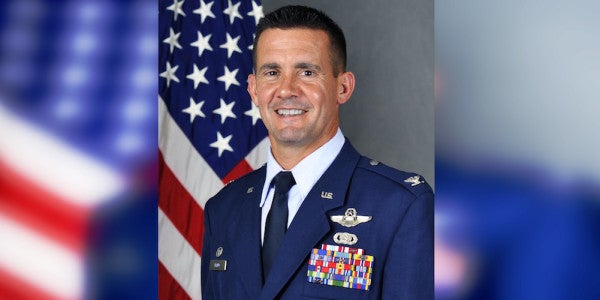 Three commanders at one of the Air Force's lead pilot training wings were relieved of command Wednesday after incidents of dangerous behavior and fostering a threatening environment at Laughlin Air Force Base, Texas, were reported up the chain of command.

“The prior command team chronically failed to appropriately care for people and the mission,” Kwast said in the release. “They failed to correct an evolving situation that led to an environment where some airmen did not feel safe or respected.”

“By failing to address incidents of dangerous behavior and a threatening environment, irresponsible alcohol consumption, and disrespectful treatment of some students, these leaders did not establish and enforce a culture that upheld our Air Force core values,” Kwast said.

While not named in the announcement, Col. Robert Pekarek had assumed command of the 47th Operations Group at Laughlin in June 2017, according to an Air Force release. The service confirmed he was relieved of command this week.

AETC spokeswoman Jennifer Gonzalez told Military.com that officials would not release the name of the training commander because of privacy concerns.

Kwast determined the team did not take “appropriate actions to respond to, correct and report incidents of officer misconduct,” the release said.

Maj. Gen. Patrick Doherty, commander of the 19th Air Force, directed a preliminary inquiry “immediately when he became aware of allegations of misconduct at the wing,” it continued. A timeframe for the incidents, as well as the scope of the investigations, was not given.

While multiple investigations were conducted, AETC said it had not found a trend of unhealthy command environments within the 19th Air Force. The investigations have concluded, but the reports will not be released publicly for some time, Gonzalez said.

Velino was responsible for more than 2,800 personnel conducting joint specialized undergraduate pilot training for Air Force and allied officers, according to his official biography, along with more than 210 training aircraft. Prior to this assignment, Velino was the 15th Operations Group commander at Joint Base Pearl Harbor-Hickam, Hawaii. He has more than 3,700 flight hours in the T-37 Tweet, T-1, C-17A Globemaster III, and C-40.

Kwast emphasized the importance of ensuring a safe working environment.

“I take this responsibility seriously, and I want our airmen to know their leaders will be held accountable for failing to enforce a safe and professional environment,” he said. “Our airmen, families and the critical mission of the 47th … deserve engaged and effective leaders of the highest caliber consistent with our core values.

“Ultimately, every commander is responsible for enforcing good order and discipline and holding those accountable who do not live up to the professionalism we expect of our airmen,” Kwast continued. “The command team at Laughlin was not leading a healthy culture of accountability, dignity, and respect.”