‘Pilots Are Not Making Things Up’: The Air Force Still Can’t Fix Its Hypoxia Problem

Editor’s Note: This article by Richard Sisk originally appeared on Military.com, the premier source of information for the military and veteran community.... 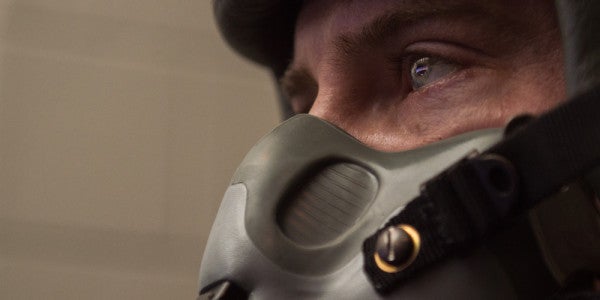 The Air Force has yet to find the cause for a surge of hypoxia-like incidents in a wide variety of aircraft but has ruled out the possibility that pilots could be mistaking symptoms in some cases.

“We know for a fact what our pilots are experiencing in the airplanes — our pilots are not making things up” when they report incidents, Air Force Lt. Gen. Mark C. Nowland, deputy chief of staff for operations, told Military.com after an aviation safety hearing last month before the House Armed Services Subcommittee on Readiness.

In an interview last week, Col. William Mueller, director of the Air Force-Pilot Physicians Program, backed up Nowland on the veracity of pilot reports of hypoxia-like symptoms, including shortness of breath, confusion and wheezing while in aircraft ranging from trainers to the most advanced fighters.

“It's real stuff; people are not making this up,” said Mueller, a pilot with a medical degree who also serves as career manager for Air Force medical officers who are qualified as pilots and flight surgeons.

Related: Why Cockpit Hypoxia Is The Number One Safety Issue for Naval Aviation »

Mueller is working with a team of Air Force investigators, in coordination with the Navy and NASA, that is attempting to pinpoint causes for what the Air Force calls Unexplained Physiological Events (UPEs) experienced by pilots.

Air Force officials, in studies and in congressional hearings, have outlined three possibilities: failures in the oxygen delivery system, contaminants in the system, and unusual levels of carbon dioxide.

At a Senate Armed Services Committee hearing in April, Air Force Chief of Staff Gen. David Goldfein said, “We don't have the smoking gun yet” in the search for a root cause of the incidents, “and we're not going to stop until we find it.”

Although the cause remains a mystery, Goldfein said the service has gained valuable knowledge since a series of incidents in 2010 involving F-22 Raptors, the most advanced U.S. fighters.

In November 2010, Air Force Capt. Jeff Haney was killed in the crash of his F-22 on a training mission in Alaska. The controversial Air Force investigation found that Haney suffered “severe restricted breathing” during the flight but still ruled that pilot error was the main cause of the crash.

There were 11 other hypoxia-type incidents involving F-22s between 2008 and 2011, according to the Air Force, and much of the concern at the time was with the On-Board Oxygen Generation Systems, or OBOGS. It was developed in the 1980s as a source of limitless oxygen for pilots and a replacement for the canisters of compressed liquid or gaseous oxygen that had been used previously.

The OBOGS was designed to draw air from the plane's engine compressor before combustion and run it through a series of scrubbers to remove nitrogen.

Although the focus was on the OBOGS in the F-22 investigation, the Air Force later concluded the problem was with a valve controlling the pilot's pressure vest, which could allow the vest to inflate and restrict the pilot's ability to breathe.

Since then, the service has worked with engineers, physiologists, contractors and operators of various types of aircraft to get a broader understanding of the problem, Goldfein said at the April hearing.

In examining the F-22 incidents, the Air Force concluded the problem likely was not hypoxia, an oxygen deficiency, but rather hypocapnia, a condition of too little carbon dioxide in the blood that can be caused by hyperventilation, he said.

In addition to hypoxia and hypocapnia, the Air Force also had to be concerned with hypercapnia, an excessive amount of carbon dioxide in the bloodstream, Mueller said in the interview with Military.com.

“There are a lot of possible medical explanations,” but none has been pinned down, he said.

Since last year, the Air Force has acknowledged a series of hypoxia-type incidents in aircraft including the F-35A Joint Strike Fighter, A-10 Thunderbolt, and T-6 Texan II trainer, and a recurrence in the F-22.

As reported by Military.com's Oriana Pawlyk, the Air Force in February ordered an indefinite operational pause for all T-6 trainer aircraft following reports of hypoxia-type incidents.

The 19th Air Force, part of the Air Education and Training Command, issued the guidance after a rash of unexplained physiological events reported by pilots at Columbus Air Force Base, Mississippi; Vance Air Force Base, Oklahoma; and Sheppard Air Force Base, Texas.

The Navy has teamed up with the Air Force to investigate its own hypoxia-type incidents involving the F/A-18E/F Super Hornet, EA-18G Growler and T-45 Goshawk trainers.

“More work remains to be done, and this will remain our top safety priority until we fully understand, and have mitigated, all possible PE causal factors.”

Nowland said aviation mishaps in general should come down now that Congress has boosted defense spending, allowing for more training and flying hours.

“We can't find a correlation between flying hours and accidents,” he said, “but our gut as aviators tells us — the more you fly and the more you exercise the jets, good things are going to happen out there.”