The superiority the U.S. Air Force has enjoyed in skies around the world for the past three decades is coming to an end, the service's new top officer said in his first major strategic document, published this week 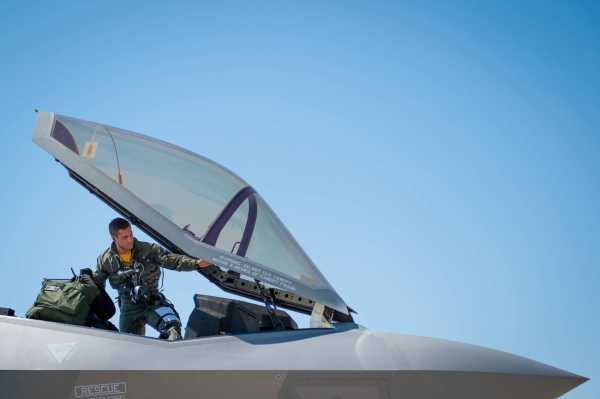 The superiority the U.S. Air Force has enjoyed in skies around the world for the past three decades is coming to an end, the service's new top officer said in his first major strategic document, published this week.

In a paper titled “Accelerate Change or Lose,” Air Force Chief of Staff Gen. Charles C.Q. Brown Jr., who took over in August, wrote that the window of opportunity to adapt to future challenges is closing and that changes are needed in how the service develops, acquires, and uses its manpower and technology.

The Air Force has enjoyed “a historically-anomalous period of dominance” since the Gulf War in late 1990, Brown wrote.

“For decades, American, allied and partner warfighters have felt safe with the top cover and strategic deterrence our air forces have provided; and for much of our existence as a country our Homeland has served as a sanctuary. These assumptions no longer hold true today,” Brown added.

Brown wrote that during the decades in which the U.S. focused on fighting violent extremism, adversaries studied the Air Force with the aim of developing means to counter it.

Brown echoed many officials in cautioning about “great power competition,” which primarily refers to Russia and China. Those countries have developed advanced air-defense systems and other long-range weapons, and the Air Force needs to “build deep institutional understanding” of them, Brown wrote.

“Future warfare will not remain far from our shores,” Brown added. “Overseas, our Airmen will have to fight to achieve localized air superiority.”

Those changes mean a future fight against a peer or near-peer competitor could come with losses comparable to some of the most intense combat the US military has faced.

“Tomorrow's Airmen are more likely to fight in highly contested environments, and must be prepared to fight through combat attrition rates and risks to the Nation that are more akin to the World War II era than the uncontested environment to which we have since become accustomed,” Brown wrote.

Some of World War II's most brutal fighting was in the air. Over Europe between 1942 and 1945, for instance, the Eighth Air Force suffered about half of the U.S. Army Air Force's casualties, with more than 26,000 killed.

In the latter half of the 20th century, U.S. aircraft largely controlled the skies. For decades after the Korean War, no U.S. ground troops were killed by enemy air attack, and U.S. aircraft were rarely shot down. (Brown's predecessor was one of the few pilots downed by enemy fire after the Cold War.)

Brown isn't the only Air Force official to acknowledge that planes and pilots won't go unscathed in a future conflict.

“If we're going to start thinking about a peer competitor seriously, we can't be an Air Force where everything that takes off needs to come back and land. It's just too hard to imagine with all the technology in the world that you can design invincible airplanes,” Will Roper, the Air Force's acquisition chief, said at a think-tank event late last year.

Roper's comment came in response to a question about whether the Air Force could in the future have more unmanned than manned aircraft. That will “probably” be the case, Roper said.

Roper has touted his “Century Series” concept to speed up aircraft development through shorter programs that share components. “I definitely think many of those systems will be will be unmanned,” Roper said at the event.

Through its “Skyborg” program, the Air Force is working on unmanned aircraft that use artificial intelligence to adjust to the battlefield. The Air Force intends for those aircraft to be attritable — which means reusable but cheap enough to discard — and be capable of acting as a wingman to manned aircraft.

Roper said the hope was the F-35 and the new F-15EX could be “trailblazers” in that manned-unmanned concept.

The Air Force has lost unmanned aircraft. At least three drones were downed over the Middle East in recent years, and the service has said it believes a Russian anti-aircraft system was used to shoot down a drone over Libya last year.

Other military officials have noted the benefits of using unmanned platforms in place of manned aircraft, but whether and how to employ those platforms is a decision for humans. Like other senior leaders, Brown said preparing for future conflicts requires getting the right people.

“Successful operations and combat support in a contested environment demand maximum delegation, trust, and empowerment of Airmen before conflict starts,” Brown wrote, with emphasis. “We must empower Airmen at all levels, delegating to the lowest capable and competent level possible, mindful that with empowerment and trust comes accountability.”

“We must develop the Airmen we need for the high-end fight” starting during recruitment and throughout their career, Brown added. “The US Air Force must … reward and retain those Airmen who foster the personal attributes necessary for success in the challenging future ahead.”