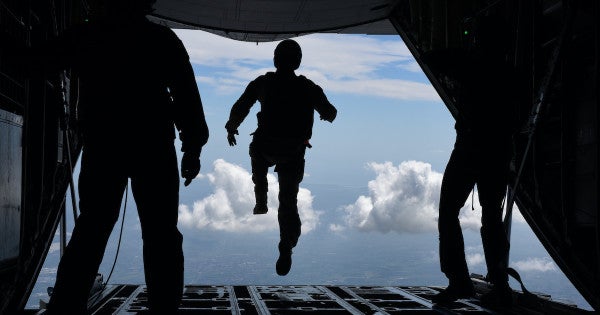 “After a comprehensive evaluation is complete and any necessary changes are identified and implemented, operations are expected to resume,” Reeves said. She added that officials have not identified a specific end date for the suspension.

Officials want to be “confident our safety procedures, training, and guidance protects the lives of our airmen to the maximum extent possible,” she said.

According to the Idaho Press, which cited the local county coroner's office, Kraines, 33, died from blunt force trauma sustained after he fell roughly 40 feet in the Black Cliffs area.

Then in November, Staff Sgt. Cole Condiff, a Special Tactics combat controller with 23rd Special Tactics Squadron, 24th Special Operations Wing, fell out of a C-130 Hercules into the Gulf of Mexico during a planned static-line jump during training. Rescue teams began search efforts immediately, and had canvassed roughly 700 square miles of the Gulf for four days before ending their recovery attempts.

Condiff, 29, was qualified as a static-line jumpmaster, military free-fall jumper, combat scuba diver, air traffic controller and a joint terminal attack controller, according to the command.

Reeves said the two accidents are unrelated and are being investigated separately.

“The safety of our airmen is of the utmost importance,” she said.

“While there is inherent risk in the specialized skills required of our airmen, we must balance the need to practice and execute those skills with our duty to effectively manage the risk to our force.”