"The P-51 and P-40 are some of the most iconic fighters of their time. Likewise, the T-7A will be the staple of a new generation of aircraft." 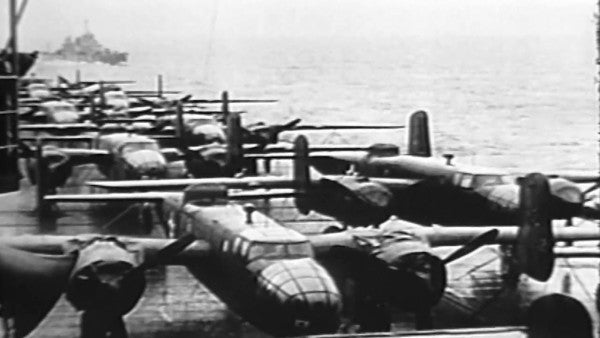 Acting Air Force Secretary Matt Donovan announced the name of the jet, known previously as the T-X, on Monday, alongside retired Col. Charles McGee, who was a member of the Tuskegee Airmen.

“The name, Red Hawk, honors the legacy of the Tuskegee Airmen, and pays homage to their signature red-tailed aircraft from World War II,” Donovan said here during the annual Air, Space and Cyber conference.

“The name is also a tribute to the Curtiss P-40 Warhawk, an American fighter aircraft that first flew in 1938 and was flown by the 99th Fighter Squadron — the U.S. Army Air Forces' first African-American fighter squadron,” Donovan said.

McGee was a trailblazing P-51 Mustang fighter pilot; he flew 409 fighter combat missions in World War II, Korea and Vietnam, and received multiple Air Medals, the Distinguished Flying Cross and the Legion of Merit over the course of his 30-year career, according to his biography.

“In fact, as a lieutenant during World War II, Colonel McGee was stationed with the 302nd Fighter Squadron as one of the original Tuskegee Airmen,” Donovan said. “Flying his P-51 Mustang — named 'Kitten,' after his wife — Col. McGee kept American bombers safe and engaged enemy fighters in the skies over Germany as part of the greatest generation.”

Donovan also paid tribute to another Tuskegee Airman, Lt. Col. Robert Friend, who died in June at the age of 99. Friend flew 142 combat missions with the Army Air Corps during World War II and also served during the Korean and Vietnam wars.

“The P-51 and P-40 are some of the most iconic fighters of their time,” Donovan said. “Likewise, the T-7A will be the staple of a new generation of aircraft. The Red Hawk offers advanced capabilities for training tomorrow's pilots on data links, simulated radar, smart weapons, defensive management systems, as well as synthetic training capabilities.”

According to a video shown at the conference, the T-7 will have red vertical canted tails, mimicking those of the Red Tail Squadron's P-51C aircraft.

The Air Force is preparing to receive new trainer jets to replace its current Northrop Grumman-made T-38s, some of which date to the mid-1960s.

Last year, the service awarded Boeing Co. a $9.2 billion contract to build its next aircraft for training pilots.

The first T-7A aircraft and simulators are scheduled to arrive at Joint Base San Antonio-Randolph, Texas, in 2023. The service has committed to buying 351 T-7A jets, 46 simulators and associated ground equipment.

The payment structure, officials have said, also allows for an indefinite-delivery, indefinite-quantity option to give the Air Force the opportunity to purchase up to 475 aircraft and 120 simulators.

In 2016, the service debuted the name of its new B-21 Long Range Strike-Bomber, or LRS-B, as the Raider, in honor of the Doolittle Raiders.

That year at the conference, then-Air Force Secretary Deborah Lee James was joined by retired Lt. Col. Richard Cole, who was the last surviving Doolittle Raider. Cole died in April at age 103.