An Air Force investigator was arrested in Severn, Maryland, last month after police say he pulled a gun on a... 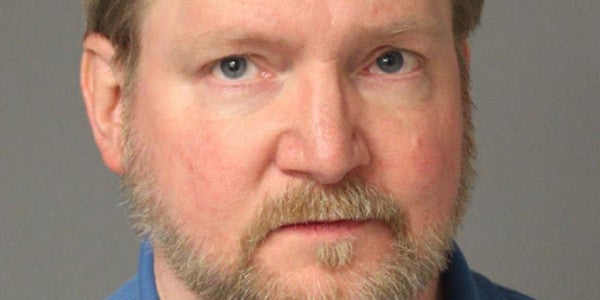 An Air Force investigator was arrested in Severn, Maryland, last month after police say he pulled a gun on a civilian in a road rage situation.

Anne Arundel County police charged William Virgil Dent, 57, with assault, reckless endangerment, stalking and firearm use in the commission of a violent crime on March 27 one day after the incident.

The victim told police he was driving on Harmans Road near Dorsey Road when he pulled over to let a tailgating car pass. Police said Dent was driving the car, stopped, and got out of the vehicle to confront the victim.

The victim drove away, but was chased by Dent in his vehicle before stopping on Severn Hills Lane, police said.

Dent got out of his car to confront the victim again, this time pulling out a handgun and saying he was a federal agent, police said. The victim was unharmed.

Police said Dent is an agent for the Air Force Office of Special Investigations. Police said Dent surrendered himself at the Western District police station after his supervisor was notified of a warrant for his arrest.

Neither Dent, nor his attorney, Greg Jimeno, could be reached for comment.