The search for a Schriever Air Force Base officer missing for two days after climbing two 14ers ended Saturday when a rescue helicopter spotted the body of Lt. Col. Dan Wallick 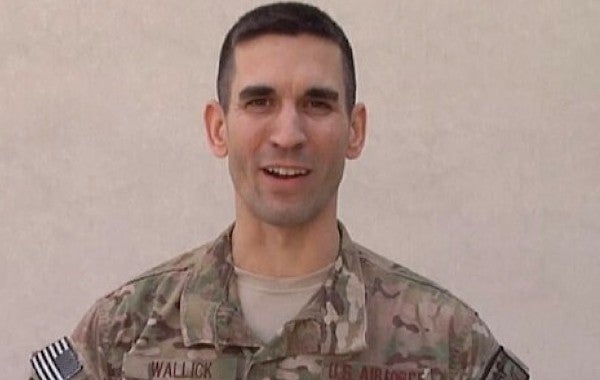 The search for a Schriever Air Force Base officer missing for two days after climbing two 14ers ended Saturday when a rescue helicopter spotted the body of Lt. Col. Dan Wallick.

His body couldn't be rescued until Sunday because of bad weather and rugged terrain in the high country north of Great Sand Dunes National Park and Preserve in southern Colorado, said Custer County Search and Rescue in a news release.

Wallick, 41, last contacted his family about noon Wednesday from the summit of Kit Carson Peak, after scaling that mountain and Challenger Point. His family reported him missing Thursday after receiving no further word from him.

He was stationed at Schriever in east Colorado Springs since June 5 and worked in integrated missile defense, the Air Force said in a news release.

Teams from Saguache, Custer, Douglas and Fremont counties searched for Wallick. The El Paso County Coroner's Office has custody of his body and is to determine the cause of death.

According to 14ers.com, Wallick climbed Challenger Point first and then the nearby Kit Carson Peak.

Family friend Sarah Proper told CBS4 in Denver that Wallick has a wife and two children. In a Facebook post, Proper also said Wallick started from the Willow Creek trailhead by Crestone, where his car was found.

}Wallick joined the active-duty Air Force out of Houston in 2000. He was deployed at least twice, returning from Iraq in 2006 and Afghanistan in 2013, according to the Air Force.

Before coming to Schriever, he was with the U.S. Strategic Command in Omaha, Neb. Wallick received multiple awards and commendations, including a Bronze Star.