In a surprise move, the Air Force has named Tucson-based Raytheon Missiles & Defense the sole-source contractor on a multibillion program to develop the nation’s next air-launched, nuclear-armed cruise missile 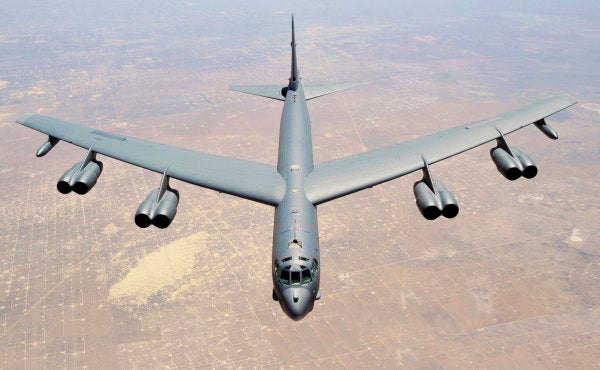 In a surprise move, the Air Force has named Tucson-based Raytheon Missiles & Defense the sole-source contractor on a multibillion program to develop the nation’s next air-launched, nuclear-armed cruise missile.

Raytheon and Lockheed Martin each were awarded $900 million contracts in 2017 to develop competing technologies for the Long Range Standoff missile (LRSO), which will replace the 1980s-era AGM-86B Air Launched Cruise Missile.

The Air Force had planned to select a single prime contractor for the LRSO program in 2022 but after extensive reviews of both companies’ concepts decided to focus on Raytheon’s design, a top program official said Monday.

The competitive technology development phase including Raytheon and Lockheed Martin “enabled us to select a high-confidence design at this point in the acquisition process,” Maj. Gen. Shaun Morris, Air Force Nuclear Weapons Center commander and program executive officer for strategic systems, said in a prepared statement.

The LRSO will be a critical contributor to the air-launched portion of America’s nuclear triad, said Wes Kremer, president of Raytheon Missiles & Defense.

Critics say the new nuclear-tipped cruise missile would be destabilizing, the weapon is redundant in light of other land-attack options and is too costly.

Morris said the “early off-ramp” in selecting a contractor was in line with the Air Force’s acquisition strategy for the new missile, which included periodic reviews to assess contractor designs.

Rather than being a “down-select,” in which a losing competitor is out of the picture, the Air Force is “reframing its relationship” with Lockheed to focus on specific technology development that may be applicable to the final LRSO design or reduce overall program risks, said Elizabeth Thorn, LRSO system program manager for the Air Force.

Raytheon said its LRSO team recently passed its preliminary design review and is on track to complete the current “technology maturation and risk reduction” phase of the contracting process by January 2022.

Contract negotiations for the program’s engineering and manufacturing development phase will start in fiscal year 2021, with the contract award expected in fiscal 2022, Raytheon said.

The Air Force plans to spend up to about $2.8 billion on the LRSO program through 2022, and the Air Force has estimated that it will spend nearly $10 billion to acquire about 1,000 LSRO missiles, not including the cost of a new nuclear warhead version under development.

The Trump administration has requested $500 million in funding for LRSO development in the 2021 defense budget.

The satellite-guided Tomahawk is the nation’s choice for striking high-value targets with pinpoint accuracy from long range, with more than 2,300 fired in combat during 16 military operations since the Gulf War in 1991.

Lockheed Martin makes the Joint Air-to-Surface Standoff Missile (JASSM), a stealthy air-launched cruise missile with a reported range of about 230 miles and an extended range version that can travel about 550 miles.

The company was basing its LRSO missile on the long-range version of the JASSM.

Much about the LRSO remains classified, but it is expected to have a range comparable to or greater then the AGM-86B Air Launched Cruise Missile, which is made by Boeing and has a reported range of more than 1,500 miles.

Raytheon won’t provide images of its LRSO concept, citing secrecy requirements, but the new missile is expected to have radar-evading “stealth” characteristics and be able to penetrate integrated air defenses and operate where GPS signals are jammed.

The LRSO missile is being designed to be carried by the B-21 Raider flying-wing stealth bomber, which is expected to be in service by 2025, as well as B-52 bombers and possibly other aircraft.