Stephen Osakue, 37, worked for the Air Force as a research pharmacist 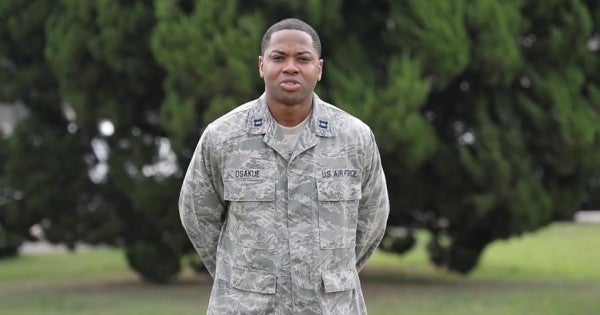 Stephen Osakue, 37, worked for the Air Force as a research pharmacist, according to a statement by the Medical Examiner's Office on Monday. Osakue was based at Columbus Air Force Base in Mississippi.

In an email statement, Princess Cruises spokesman Nagin Kamali said Osakue was found unresponsive in one of the ship's swimming pools about 5:15 a.m. Friday as the ship, which sails out of Port Everglades, was on the sixth day of a seven-day Western Caribbean voyage.

The ship's medical personnel were unable to revive him, Kamali said. “Appropriate authorities were notified and conducted an investigation. A final determination is pending, however authorities have indicated that this incident appears to be accidental.”

Osakue's wife told investigators that “they had a lot to drink” prior to the drowning, but she was not with Osakue when he entered the pool, according to the Medical Examiner's Office's statement. A toxicology test will take at least a week.

Osakue's body was brought to Port Everglades and turned over to the Medical Examiner's Office on Saturday, the statement said. The body is now in the care of Life Event Center at Florida Memorial funeral home in Rockledge.

On an obituary posting, Life Event Center reported his birthplace as Miami. Services have not yet been scheduled, according to the site.

In a tribute on Facebook, Kim Kambeya wrote, “Maj. Stephen Osakue you will truly be missed. It was awesome being stationed together several times and keeping in touch. My heart hurts for you and your family.”

Caribbean Princess, which has 1,556 guest cabins and employs a crew of 1,200, was launched in 2004 and is regarded as the “Grand Daddy” of the Princess Cruises fleet, according to Princess Cruise's website. Princess Cruises is owned by Carnival Corp. and plc, parent company of Carnival Cruise Line.