An Air Force major in Texas has been charged with the murder of his wife, whose remains were found more than four months after she went missing 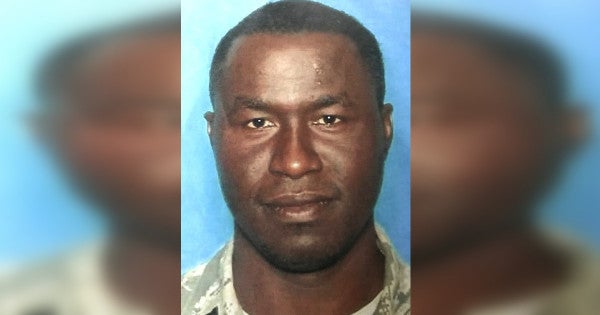 An Air Force major in Texas has been charged with the murder of his wife, whose remains were found more than four months after she went missing.

The body of 29-year-old Andreen McDonald was discovered Thursday in San Antonio following an exhaustive search that took 134 days, according to the Bexar County Sheriff's Office.

Andre McDonald, 40, was charged in early March with tampering with evidence after reporting his wife missing and spent a month in jail before posting a reduced bond, according to the San Antonio Express-News. He was arrested again on Saturday and charged with murder, and is being held in the Bexar County Jail. Bail was set at $2 million.

“The Bexar County Sheriff's Office Homicide Unit and CID unit did an amazing job on this investigation and because of their hard work we were able to break this case,” the sheriff's office said in a statement.

The body of McDonald was found east of Joint Base San Antonio-Camp Bullis, according to authorities. Investigators believe that the couple's daughter, who is autistic, was present when her remains were burned, according to a warrant obtained by KSAT.

Additionally, Andreen McDonald told friends that “if she ever went missing or was found dead, Andre had killed her,” according to KENS 5.

She went missing after failing to show up for work on March 1. Her husband claimed she was being treated at a nearby hospital, but could not provide any evidence of that.

Investigators determined he bought a shovel, an ax, gasoline and a “burn barrel,” and blood and hair were found in the couple's bathroom.