A former Scott Air Force Base commander took a plea deal following an investigation into sexual misconduct accusations against him,... 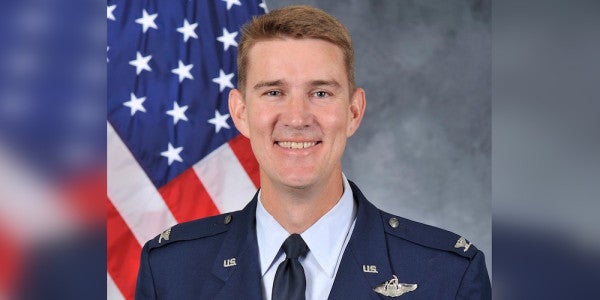 A former Scott Air Force Base commander took a plea deal following an investigation into sexual misconduct accusations against him, base officials confirmed Monday.

Col. John Howard agreed to accept discipline without a military trial in a process known as “non-judicial punishment proceedings.”

Howard’s discipline includes a reprimand and forfeiture of $5,420 per monthly pay period for two months. Howard was still on active duty as of Monday at Scott Air Force Base, but was not in a command position, according to Capt. Ryan DeCamp, a spokesman for the 18th Air Force.

Howard will keep his colonel rank while on active duty, but that could change when he applies for retirement. An officer who has received non-judicial punishment must go through an officer-grade determination process, DeCamp said. This will determine if he retires as a colonel or if he is demoted to a lower rank, which would come with lower retirement pay.

The non-judicial punishment does not constitute a criminal conviction. Sex assault charges were originally filed against Howard in June, though he was ultimately disciplined for conduct unbecoming an officer and fraternization with a junior enlisted Airman.

Howard sought a relationship with “a very junior airman” in his command, the formal reprimand stated. He made “disgusting remarks” about his penis to her and regularly attempted to flirt with her, the reprimand stated.

“You placed this airman in a terrible position of coercion based on your rank,” former 18th Air Force Commander Lt. Gen. Giovanni Tuck wrote in the reprimand. Tuck was commander of the 18th Air Force when he decided to oust Howard. Tuck has since taken a post as director for logistics in Arlington, Virginia.

The charges stem from his time at Royal Air Force Mildenhall in the United Kingdom, where Howard served as vice commander of the 100th Air Refueling Wing. His conduct went on from March 2016 to November 2017.

Howard also discussed private information about other officers with the airman and performed a sex act on her in her hotel room, according to the reprimand.

Howard’s actions continued when he became a commander at Scott Air Force Base. He continued to send the airman text messages about how much he missed her. Howard also insulted a senior master sergeant in his text messages, sent selfies and told the airman she was “darling” and “gorgeous.”

“Your blatant disregard for standards has degraded boundaries between officers and the enlisted force,” Tuck stated in the reprimand. “Your actions eroded good order, discipline, and respect for your position and for authority. From this point forward I expect you to not conduct yourself in the way you failed before. I will tolerate nothing less.”

Howard accepted the pretrial agreement on July 2 and an appeals process ended Sept. 10, according to DeCamp. Howard had been set to go to trial earlier this summer.

The victim did not wish to testify in court-martial proceedings, according to Capt. Lauren Kerby, a Special Victims Counsel judge advocate. Counsel advocates are specially trained to provide legal representation to sexual assault victims.

“After much consideration, my client has decided not to testify in the subject court-martial proceeding,” Kerby said in a prepared statement. “For my client, an expeditious resolution honoring her desire not to participate in a court-martial while still holding Colonel Howard accountable for his actions is justice.”

He was originally charged with two counts of cruelty and maltreatment, two counts of sexual assault, one count of conduct unbecoming an officer, and one count of fraternization in violation of the Uniform Code of Military Justice.

Howard took command of the 375th Air Mobility Wing at Scott Air Force Base in July 2017.