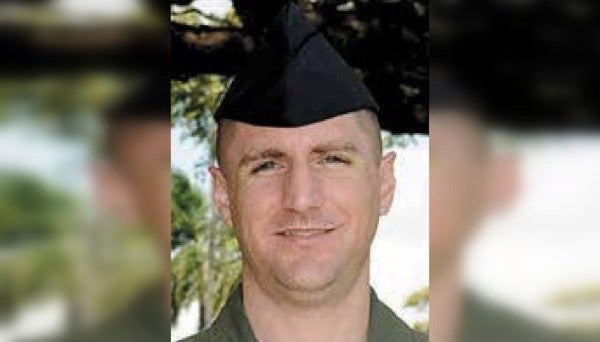 A technical sergeant stationed at Colorado's Schriever Air Force Base faces possible discharge from the military more than eight months after he was identified as a local leader of a white nationalist organization.

“The Air Force is committed to maintaining a culture where all Airmen feel welcome and can thrive, will hold Airmen accountable when misconduct is alleged, and will ensure Airman alleged to have committed misconduct receive their due process rights afforded by law and regulations,” Stefanek said in an email.

The Colorado Springs Anti-Fascists identified Reeves as a member of Identity Evropa in April and The Denver Post confirmed the group's findings. Identity Evropa was one of the most visible white nationalist organizations in Colorado before it was rebranded. Identity Evropa members frequently plastered their stickers and posters on college campuses and other well-trafficked areas, like Denver's 16th Street Mall.

The group aims to preserve white European and American culture from perceived threats from Muslims, immigrants and non-white people. Its members believed white people should maintain supermajorities in Europe and the U.S.

The Southern Poverty Law Center classified Identity Evropa as a white nationalist group and the Anti-Defamation League said it was a white supremacist group.

Reeves was identified as a leader of the Colorado branch after a nonprofit group leaked Identity Evropa's internal chat messages. Reeves posted selfies in the chat messages and photos of himself and others placing stickers and painting a mural of the group's logo purportedly under a Denver overpass.