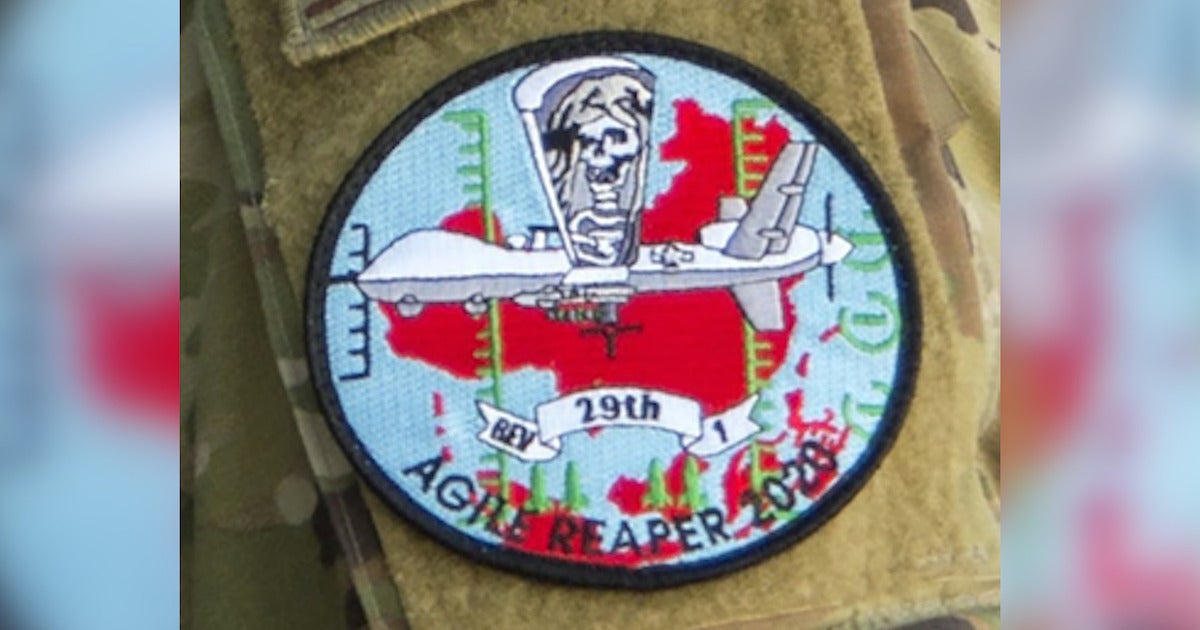 There may be no patching things up for the United States and China after the latest dust-up between the two rivals.

The most recent incident hurting the countries’ deteriorating ties came after U.S. airmen publicly showed off a special uniform featuring a patch of an MQ-9 Reaper drone superimposed over a red silhouette of China. The badge was worn during a simulated island assault exercise that wrapped up Tuesday in California.

The patch and exercise prompted a furious reaction from Chinese state-run media, with the hawkish Global Times calling the “highly unusual” moves “an extremely arrogant provocation” and a “strong signal” from the U.S. military that it “is stepping up its war preparations against China,” including in the South China Sea.

Both the drill and special patch, which were first reported by U.S.-based Air Force magazine, were part of an exercise named Exercise Agile Reaper that began Sept. 3. It involved three MQ-9 Reaper drones partnering with the U.S. Navy’s 3rd Fleet, which deploys carrier strike groups, submarines and other vessels and aircraft to the eastern Pacific, together with C-130 transport aircraft, and special warfare and Marine Corps personnel, according to the magazine.

The reapers performed airstrikes during the simulated amphibious assault on San Clemente Island off the Californian coast.

“It’s a demonstration of our capability to rapidly move the MQ-9 anywhere in the world, to unfamiliar locations, and then get out and show the operational reach capabilities of the MQ-9 to provide maritime domain awareness to our joint service partners,” 29th Attack Squadron Commander Lt. Col. Brian Davis told the magazine.

In an apparent nod to the U.S. shift in focus to Asia, the patches were made specifically for the event.

Asked to comment further on the patches, exercise and Chinese reaction, the Pentagon directed questions to the Air Force, which did not immediately respond to a request for comment.

But Collin Koh, a research fellow and maritime security expert at the S. Rajaratnam School of International Studies in Singapore, said that unit insignias are often designed without necessarily being a political signal.

“Such designs are very much often influenced by the unit’s mission mandate, its culture and even the individual designers,” he said. “The unit may approve the badge for wear by its personnel, and the design is not necessarily sanctioned at the top.”

While the MQ-9 was often deployed during years of war in the Middle East, it has faced criticism that its stealth, defensive and speed capabilities have failed to keep up with advances made by Chinese and Russian drones, with the U.S. military eyeing possible replacement.

Davis, however, hinted that new tactics and training could allow for the aircraft to be used in areas such as the flashpoint South China Sea.

Indeed, this month’s exercise was the first training event focused on employing those tactics in the Pacific, according to Davis.

The moves appear to have rattled Beijing, with Global Times editor Hu Xijin even suggesting that the drones could be deployed to attack Chinese-built facilities in the South China Sea.

“Based on information I learned, Trump govt could take the risk to attack China’s islands in the South China Sea with MQ-9 Reaper drones to aid his re-election campaign,” Hu wrote on Twitter on Tuesday. “If it happens, the PLA will definitely fight back fiercely and let those who start the war pay a heavy price.”

Washington has targeted Beijing over its assertiveness in the South China Sea, including the construction of man-made islands, some of which are home to military-grade airfields and advanced weaponry. The U.S. and Japan fear the outposts could be used to restrict free movement in the area, which includes vital sea lanes through which about $3 trillion in global trade passes each year.

The U.S. military has angered its strategic rival by regularly holding drills and conducting “freedom of navigation operations” close to and over some of the islands China occupies there, including its man-made islets. Self-Defense Force vessels and aircraft have occasionally joined joint exercises nearby.

In an editorial published the same day, the Global Times also slammed the exercise and the patches.

“Washington is stepping up its war preparations against China, and drones, which have been involved in assassination and other attacks around the world, will also play a role,” it said. “This is the strategic signal” sent by the exercise.

“This is a move to further stir hostilities between Chinese and American societies and an extortion against China,” it added. “The U.S. military is using the drones and patches to stimulate the imagination and create images of China and the U.S. going to war.”

If the islands and reefs it controls in the South China Sea are targeted, it went on, “we will strike the platforms and bases from which those planes take off” — a threat that puts U.S. bases in Japan in Beijing’s crosshairs.

Experts, however, questioned any use of drones to attack the islets, noting their limited weapons payload and the hardened structures on several of the key islands.

More importantly, there are questions surrounding the political objectives of such an attack, which Koh said would likely result in significant fallout, including the further militarization of the sites and damage to U.S credibility in the region.

“For the drones to make any difference, unless they’re designed to take out key individuals or critical, yet exposed, point targets of great military value, they usually would form part of a broader military campaign where manned and unmanned systems come into play,” he said.