Humberto Diaz also told jurors he had a Secret Service security clearance, his wife acted with others to get him kicked out of the Air Force and her father was former President Bill Clinton 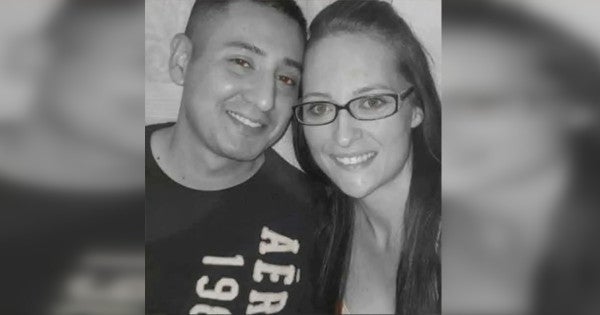 A murder defendant who testified Monday said government agents and others were in control of his body when he fatally shot his wife.

Humberto Diaz also told jurors he had a Secret Service security clearance, his wife acted with others to get him kicked out of the Air Force and her father was former President Bill Clinton.

Asked by his attorney if he worked for the Secret Service, Diaz replied: “I cannot say.” He added that whenever he asked his wife who her father was “people would start to come around.”

Diaz, 33, is charged with first-degree murder in the Nov. 8, 2015, death of Rebecca Diaz, 26, who was shot once in the side of the head and once in the face. Police said Diaz pulled a gun on his wife after an argument on the roof of the two-story home they shared in a semi-rural part of southeast Oklahoma City.

The defendant testified about following his wife into the house and reaching under his mattress for a gun when he heard her say the word “gun.”

“I had a vision,” he said. “I had no control over my body. The vision was a gun. That's what I was going toward.”

Diaz told Public Defender Bonnie Blumert his wife was reaching for a gun when he shot her.

Blumert asked if Diaz was in control of his body.

“Who was in control of your body?” she asked.

“Her … the military … the government,” he said.

Diaz testified about gaining control of his body and wanting to “blow his brains out.”

At that point, the defendant said his wife “rose up her hand to stop me.”

Diaz's attorneys contend he is not guilty on grounds he was insane at the time and did not know right from wrong.

Diaz was discharged from the Air Force after testing positive for drugs in August 2015, according to records from his divorce. He also attended a weeklong, inpatient drug treatment program at Integris Baptist Medical Center.

The defendant blamed the victim for his discharge “because she didn't want me to be deployed.” He also accused friends the couple was having sex with of “helping Rebecca follow me.”

A therapist and a psychiatrist who treated Diaz told jurors he was diagnosed with “psychosis due to substance abuse.”

Both men answered “yes” when asked if the diagnosis qualified as a mental illness.

Diaz denied hitting his wife prior to shooting her. He told Assistant District Attorney Adam Panter she hit him and then tried to throw him out of a window.

Diaz denied telling a forensic psychologist he using methamphetamine on a weekly basis and blamed an “inclination” for smoking the drug on his wife.

“So it's Rebecca's fault you're using meth?” Panter asked.

“Her and the government, yeah,” he testified.