WRIGHT-PATTERSON AIR FORCE BASE — After some 108 days of being closed to the public, the National Museum of the... 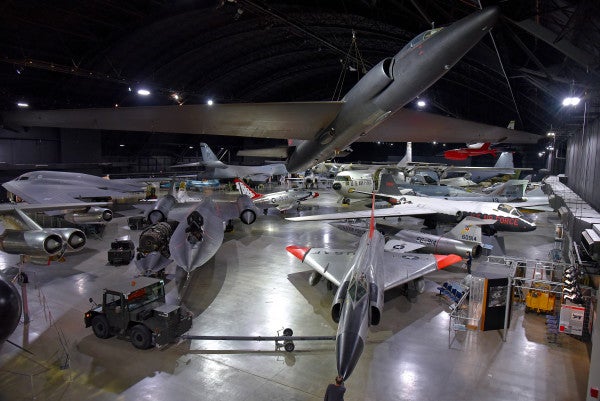 WRIGHT-PATTERSON AIR FORCE BASE — After some 108 days of being closed to the public, the National Museum of the United States Air Force opened its doors again July 1, ending the institution’s longest public closure in its 49-year history.

“One of the things that really energizes the staff is the opportunity to interact with the public,” said David Tillotson III, museum director.

Tillotson expected about 1,000 visitors Wednesday after the doors opened at 9 a.m. Typically, July was the museum’s busiest month in the pre-COVID-19 era, with 110,000 to 120,000 people visiting all month, many of them travelers from well outside Ohio.

“I’m very pragmatic,” Tillotson said in a pre-opening interview the morningof July 1. “I think we’ll see much less than that.”

Visitors will see new exhibits, a small army of volunteers — and a renewed focus on visitor safety.

Masks are required. If a visitor arrives without a face covering, one will be offered free of charge. Social distancing will be encouraged. Water fountains are off, but for the first time, Tillotson said visitors will be able to bring their own water bottles or buy them.

Sit-in cockpits, walk-through aircraft — with the exception of the Space Shuttle exhibit — will be closed, as will the World War II 8th Air Force Control Tower, the Nissen Hut and the playground.

Tillotson wasn’t able to immediately put a precise price tag on the parking lot project, but he noted that it has been ongoing, despite the turmoil and uncertainty since mid-March.

“Even though we’ve been closed to the public, the internal staff, the government staff has actually been working,” he said.

Financially, the closure has been a challenge, Tillotson acknowledged. Normal visitor donations have not been coming in for more than three months.

Both the Air Force Museum Foundation and the National Aviation Hall of Fame — both non-profits — “have been doing a very good job of managing their cash flow for this period,” the director said. “But it has been difficult for them.”

The federal government pays museum staff. “From a cash point of view, we have not been dramatically affected, and in fact, the government staff has actually been working, in background, for most of this time.”

Staff and volunteers have been preparing exhibits and modifications and cleaning, as well.

What hasn’t changed should be very familiar: Admission and parking remain free, and the hours are the same, 9 a.m. to 5 p.m. seven days a week.

The massive museum features more than 350 aviation vehicles, missiles and thousands of artifacts on more than 19 acres of indoor exhibit space, with a fair number of exhibits outside, too.

Typically, the museum — found at 1100 Spaatz St. on Wright-Patterson Air Force Base, off a Springfield Street entrance in Riverside — is closed only on Thanksgiving, Christmas and New Year’s Day.