The Air Force Needs Mercenaries To Help Train For Combat

In light of budget cuts, the Air Force may be getting desperate as it tries to maintain its combat capabilities. … Continued 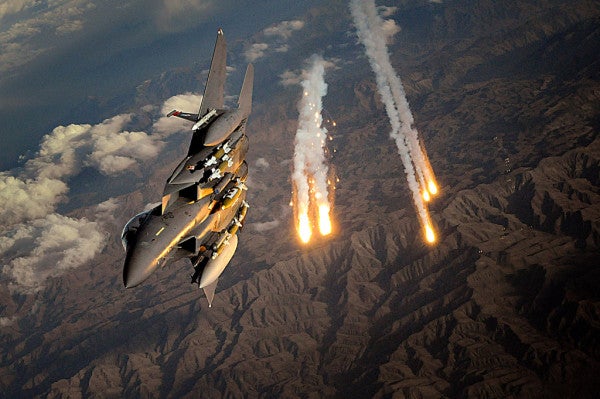 In light of budget cuts, the Air Force may be getting desperate as it tries to maintain its combat capabilities. A shortage of pilots and aircraft has the Air Force considering farming out part of its combat training to private contractors.

The contractors would perform “red air” training missions, which means they would be simulating enemy aircraft – essentially giving pilots something to pretend to shoot at or avoid, as need be. Yet it’s unclear if this will actually solve the problem with manpower and equipment shortages.

“Contractor-provided red air is overpriced and underwhelming, but at the end of the day there isn’t much choice in utilizing it,” said a senior Air Force official.

Clearly, not everyone’s sold on the idea, but most agree that they’re running out of options.