“Mr. Feaster was isolated and alone, fearing for his life,” his legal team claimed. 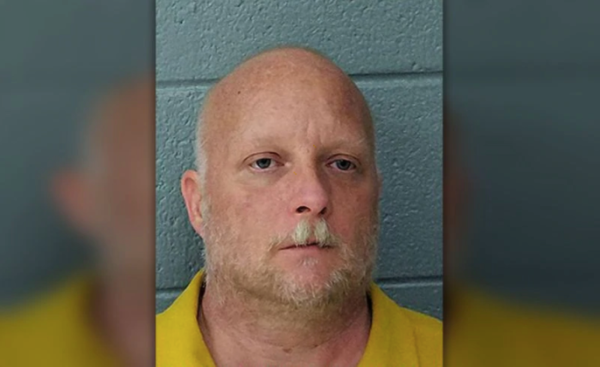 An AR-15 toting Oklahoma man who shot an unarmed woman running away with his swastika flag is free on bail after claiming self-defense.

Attorneys for Alexander Feaster successfully argued Wednesday that their client’s $500,000 bail was excessive, according to Oklahoma’s Enid News & Eagle. A judge agreed, reducing the 44-year-old shooter’s bail to $75,000 and clearing him to live with his mother until his trial begins in November.

Feaster, an Air Force veteran, is charged with shooting Kyndal McVey several times after she allegedly removed the Nazi flag from his house and attempted to run back to a property across the street where she was attending a party in late June. McVey survived her injuries.

The Norman Transcript reports that Feaster’s write of habeas corpus filing claimed that he is a nonviolent “patriotic citizen” who “does not prescribe to all the tenents of National Socialism.”

He believed McVey or one of her friends at the party had fired a weapon too. He estimated there were as many as 30 people at that gathering and believed some of them were armed.

“Mr. Feaster was isolated and alone, fearing for his life,” Feaster’s legal team claimed. “He acted in self-defense.”

According to Feaster’s lawyers, he fired four warning shots into the air, then roughly as many at McVey. Though McVery has not been charged criminally, Feaster’s team accused her of committing trespass, larceny, a hate crimes and violations of Oklahoma’s anti-terrorism act.

The Smoking Gun reports that police believe Feaster, who’s allegedly had flags stolen from his property in the past, was laying in wait for McVey.

The out-of-work oil field worker reportedly spent a decade in the military and served in Afghanistan and Iraq. He was arrested and charged with assault and battery with a deadly weapon as well as shooting with the intent to kill.