A man arrested earlier this week during an FBI sex sting for allegedly trying to meet a 14-year-old girl at... 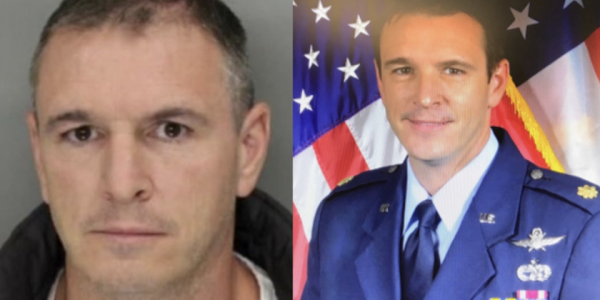 A man arrested earlier this week during an FBI sex sting for allegedly trying to meet a 14-year-old girl at a Cobb County, Georgia, hotel is confirmed to be a lieutenant colonel in the U.S. Air Force and a member of the Georgia Air National Guard, authorities said.

“Lt. Col. Newson’s alleged actions do not reflect the values we uphold in the Georgia National Guard,” she said.

Newson allegedly tried to meet the teenager he met on a dating app, AJC.com previously reported. However, the teen was an undercover officer for the FBI Metro Atlanta Child Exploitation Task Force.

He was arrested at the Radisson at 1775 Parkway Place in Marietta on Tuesday night. An arrest warrant obtained by Channel 2 Action News said the undercover officer “gave Newson the opportunity to stop communicating several times.”

Newson bailed himself out for $20,000, according to Cobb County Jail records.

“We are aware of the situation and all questions must be directed to the investigating authorities,” Bamba said.

The Georgia National Guard has a base in Marietta at 1000 Halsey Avenue, and it was marked at Newson’s address in Cobb County’s jail records.