An aerospace company called Hermeus on Thursday announced a contract with the U.S. Air Force and the Presidential and Executive Airlift Directorate to develop a hypersonic aircraft for the presidential fleet 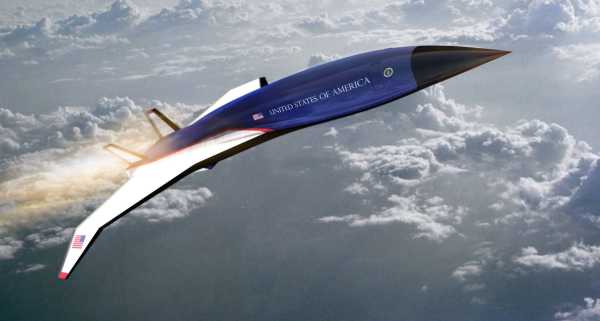 The Air Force One of the future might get a major speed boost.

An aerospace company called Hermeus on Thursday announced a contract with the U.S. Air Force and the Presidential and Executive Airlift Directorate to develop a hypersonic aircraft for the presidential fleet.

While the next Air Force One, a modified 747-8, is due to be delivered by Boeing next year, the Hermeus contract looks toward its eventual replacement.

Hermeus said it won the contract after designing, building, and successfully testing a prototype of an engine capable of propelling an airplane to Mach 5, or five times the speed of sound — about 3,300 mph. Mach 5 represents the delineation between supersonic and hypersonic speeds.

The company completed those tests in March, Aviation Week reported.

Hermeus plans to build a demonstrator vehicle over the next five years, with commercial aircraft envisioned in about a decade, Skyler Shuford, its cofounder and chief operating officer, said in 2019. A press release announcing the Air Force contract said part of the project would focus on integrating Air Force requirements into the airplane's designs.

Hermeus emerged last year, announcing plans to develop a Mach 5 aircraft that could fly from New York to Paris in about 90 minutes. Ars Technica reported in May 2019 that the company raised an initial round of funding, led by Khosla Ventures, which it used to develop the prototype. Hermeus said it would use a turbine-based combined-cycle engine for the propulsion system, according to the report.

The company's cofounders are alumni of SpaceX, Blue Origin, and the aerospace company Generation Orbit.

At the time, Hermeus said it planned to use mostly existing technology and materials to achieve hypersonic travel.

“We can make a vehicle fly that fast with today's technology,” Glenn Case, a cofounder and the chief technology officer, said in a video published this spring.

“We aren't getting into anything too miraculous,” Shuford told Ars Technica last year. “We want to do engineering, not science.”