An Air Force pilot from Annapolis, Maryland, died Wednesday when his plane crashed during a training flight in Nevada. Lt.... 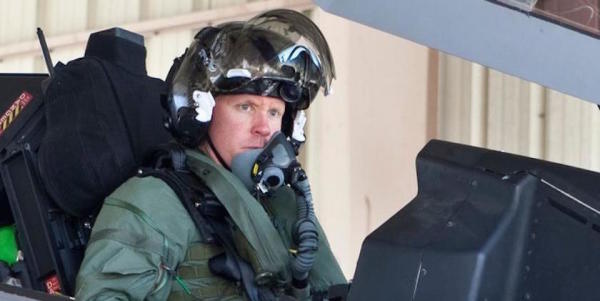 An Air Force pilot from Annapolis, Maryland, died Wednesday when his plane crashed during a training flight in Nevada.

Lt. Col. Eric Schultz was flying an unspecified aircraft at about 6 p.m. over the Nevada Test and Training Range, approximately 100 miles northwest of Nellis Air Force Base, a spokeswoman at the air base said Friday.

The aircraft was assigned to Air Force Materiel Command, which leads development of new combat technologies for the service.

Maj. Christina Sukach, a spokeswoman for the 99th Air Base Wing, said Schultz died as a result of injuries sustained in the accident. The crash remains under investigation, and additional details were not immediately available.

“Our immediate concern is for the family of Lt. Col. Schultz,” she wrote in an email.

Schultz is a 1991 Annapolis High School graduate, and the son of Linda and Larry Schultz, of Annapolis. They traveled to Nevada on Wednesday to be with their son’s wife and other members of the family.

A former civilian test pilot, Eric Schultz held multiple graduate degrees when he joined the Air Force in 2001. He went on to be an experienced flight training officer who was the 29th pilot to qualify to fly the F-35 fighter jet in 2011.

His crash was one of two Air Force crashes near Nellis on Wednesday. Twos A-10C Thunderbolt II jets assigned to the 57th Wing crashed on the test range at approximately 8 p.m.

An Air Force spokeswoman at Nellis said the pilots ejected safely. The aircraft were on a routine training mission at the time of the crash.