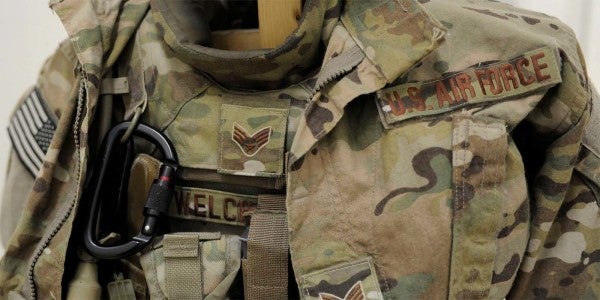 Pilots not wearing flight suits while flying? Don't worry. The Air Force knows some units may be doing just that.

Airmen flying cargo airlift or helicopters — anything aside from a fighter and without an ejection seat — have been seen wearing the Army Aircrew Combat Uniform, known as the A2CU, more often, Capt. Kathleen Atanasoff recently told Military.com

The uniform looks very much like the Air Force's Operational Camouflage Pattern, or OCP. In 2014, to coincide with the Army, the service announced that deployed airmen would wear the combat OCP camouflage pattern.

“The two-piece [A2CU] uniform has OCP-patterned fabric and the same fire-retardant properties as the flight suit, making it certified for wear by pilots flying aircraft without ejection seats,” Atanasoff said in an email.

“Since the pattern matches the OCP, it is often the uniform for downrange locations where many aircrews are operating,” she said.

But the A2CU has also been in use stateside, Air Force officials said.

There's no official effort to adopt a new uniform. But commanders across the force are giving some airmen the option to wear the A2CU as a duty uniform during training or while deployed.

Additionally, loadmasters with the modular aerial firefighting systems (MAFFS)-equipped C-130 Hercules, who have had a busy firefighting season in states such as Montana, Oregon and Washington, can wear it during specific missions, he said.

The move was approved in February as part of Air Force Instruction 36-2903, “Dress and Personal Appearance of Air Force Personnel,” Karns said.