The Air Force asked service members for feedback on racial injustice. The response was overwhelming

When the U.S. Air Force introduced a new survey earlier this month that asked airmen to describe racial injustice or bias they'd witnessed or experienced during their careers, leaders figured they'd get a lot of feedback — but they didn't expect that thousands would come forward with stories 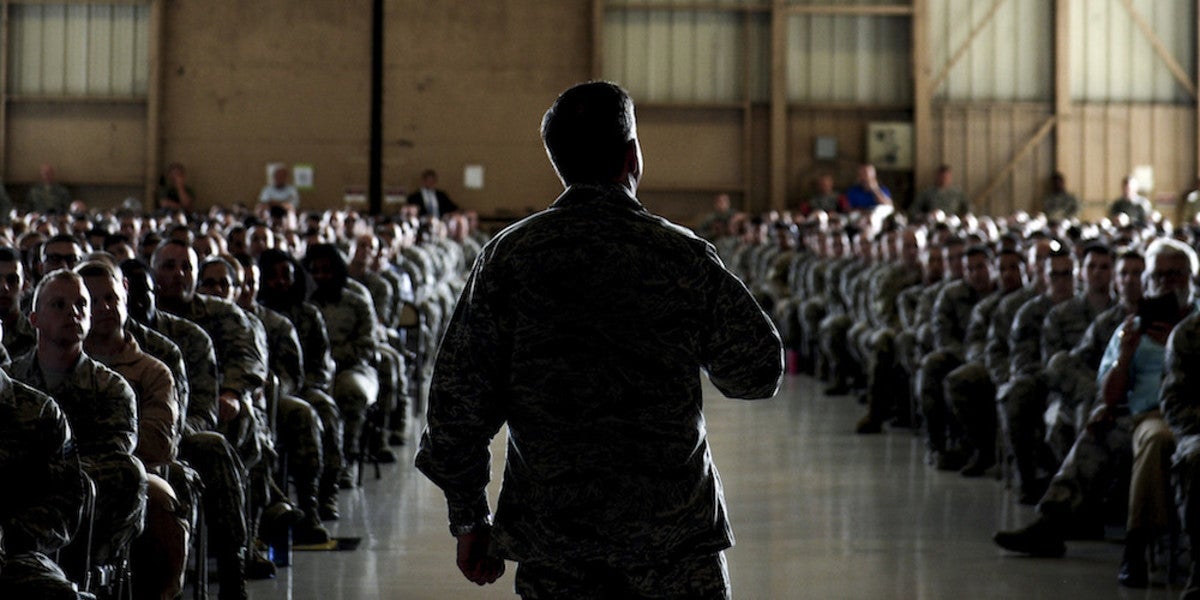 When the U.S. Air Force introduced a new survey earlier this month that asked airmen to describe racial injustice or bias they'd witnessed or experienced during their careers, leaders figured they'd get a lot of feedback.

But they didn't expect that thousands would come forward with stories.

Now, the survey — part of a larger intraservice study — is on track to shatter response rate records, according to the Air Force's top general.

“I can tell you right now that the response has been overwhelming,” Air Force Chief of Staff Goldfein said in a July 22 interview with Military.com. “Literally thousands and thousands of airmen have responded to this survey and participated.”

Goldfein said the response is timely; the service is addressing racial disparities across the force as the entire nation grapples with the realities of systemic racism and injustice.

“There's a lot of frustration — a lot of it's been pent up over many years,” Goldfein said. “And we're not going to wait until the end [of the study] before we put out what we're hearing.”

Related: 'Every American should be outraged' at police conduct in the death of George Floyd, Air Force's top officer says

Last month, the Air Force Inspector General launched an independent review into the service's history of racial inequities in military punishment and shortfalls in developmental opportunities given to African American service members.

Officials also asked what airmen were feeling amid nationwide protests following the May 25 death of George Floyd in police custody, as well as how these events affected them personally.

Airman Mason Bassett-Graves, an A-10 Warthog crew chief at Osan Air Base, South Korea, recently sat down in front of a camera to talk about how vulnerable, frustrated and scared he felt after he learned his two sisters were attacked during a protest back home in Nebraska.

A car struck them twice during what started as a peaceful demonstration, he said. Both of Bassett-Graves' sisters sustained injuries, but recovered; days later, at another protest, he said, one of his sisters was thrown to the ground by law enforcement officers and detained.

Bassett-Graves “didn't know what to think,” when he learned of the incidents, he said in the nearly four-minute video. But he turned to his chain of command to discuss what was going on in his personal life. Two commanders listened to his story, he said, and knew he needed to see a chaplain or counselor to “get the weight off my shoulders.”

“Every time I think about it, I am thankful for that reaction, because if it were anything different, I don't know how I would have been open to my leadership in the future,” Bassett-Graves said.

The airman's story, posted July 20, is one of many that Chief Master Sergeant of the Air Force Kaleth O. Wright and other Air Force leaders have shared on their official public social pages as part of a series called “Dialogue on Race” begun following Floyd's death.

“Our intent, really, is to have an important, lasting, meaningful dialogue,” Goldfein said. “Whether that happens in the media spaces or not, that's not really our overall intent.”

Goldfein said the goal is to have uninterrupted, “raw and uncomfortable” discussions. He said he hopes those initial conversations seed even more communication among airmen and their leaders.

“What's important is that there's a forum for this conversation to happen, as uncomfortable as it may be,” he said. “That's what we're trying to get after. Diversity is important; so is inclusiveness and belonging.”

That culture is formed “at the squadron level,” Goldfein said.

The outgoing chief described the squadron as “the beating heart of the Air Force,” and the lowest level of command where airmen should feel comfortable pushing and discussing their ideas.

Alongside Wright, who was the first member of senior military leadership to speak out publicly on events surrounding deaths of black men at the hands of law enforcement, Goldfein he's working to ensure these issues “have staying power” in the Air Force.

The conversations come at a historic moment, internally, for the service. Gen. Charles “CQ” Brown, who will succeed Goldfein, was confirmed last month in a historic Senate vote as the first African American to serve as the top uniformed officer for a military service branch. And Chief Master Sergeant JoAnne Bass — appointed as the first woman to serve as the top-ranking enlisted member of a U.S. military branch — will be Brown's senior enlisted adviser.

“This is for all of our airmen of color, it's for the women in our Air Force. It's to [uproot] unconscious bias. It's all those things that we know exist.

“We know we have to get after it, and that's the opportunity we've been given,” Goldfein said.