Air Force Secretary Heather Wilson told a panel of U.S. senators on Dec. 6 that the service has implemented a... 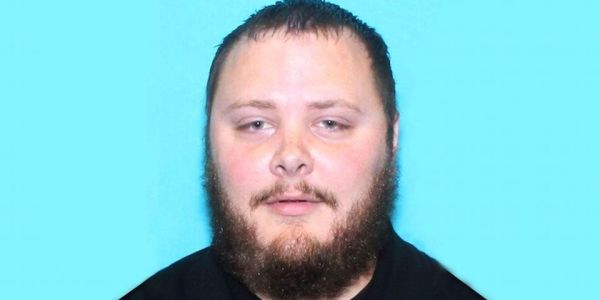 Air Force Secretary Heather Wilson told a panel of U.S. senators on Dec. 6 that the service has implemented a series of changes in its reporting practices following a deadly shooting in Texas.

Wilson made the comments as part of an overall Senate Judiciary Committee hearing that focused on background checks for firearm ownership.

In the Texas case, former Airman Devin Kelley, 26, opened fire on a church congregation east of San Antonio on Nov. 5, killing 25, including an expectant mother. The Air Force has said it failed to report Kelley’s convictions to law enforcement authorities, which might have thwarted his purchases of several weapons.

Wilson on Dec. 6 said the branch has since added new steps to their case management process to flag cases like Kelley’s so the crimes are reported.

“Since the tragedy, the Air Force has implemented additional measures to ensure current and future offender criminal history data is submitted to federal law enforcement agencies in a timely manner,” Wilson said Wednesday in submitted testimony. “We have added steps to our case management process so that there are checks in the system as cases are closed and archived not only at the local office but at higher levels of command. In addition, case officers not only must submit fingerprints, they must check the FBI database to ensure that the records have been received and properly recorded by the FBI.”

A printout or screenshot of the database record is then kept in Air Force records validating compliance, Wilson added.

Kelley, who was in the Air Force from 2009 to 2014, was convicted of serious domestic violence charges, court-martialed and released on a bad-conduct discharge. His criminal convictions were not entered into the National Instant Criminal Background Check System database, a key tool used to block individuals who aren’t eligible to buy weapons.

The failure to report Kelley’s criminal charges were apparently a widespread concern throughout the Air Force and other military services. For the Air Force, Wilson said some corrective measures were implemented after a 2015 audit, but those changes were not retroactive and current data from this year is still not being reported.

“Our inquiry indicates the breakdown in submitting offender criminal history data was not limited to this case, or to Holloman Air Force Base,” where Kelley was based, Wilson said. “The problem was widespread across both the Office of Special Investigations and the Air Force Security Forces.”

Related: The Air Force Is Terrible At Reporting Its Criminals. The Other Branches Are Even Worse »

In the days and weeks following the tragic shooting, the news of the failed report set off alarms at the Pentagon and on Capitol Hill. It also set off probes by the Air Force and the Inspector General for the Department of Defense.

Several members of the House and Senate Armed Services Committees have said they are also overseeing the probes.

“It is simply unacceptable when you look across the United States Department of Defense, and the failure to upload this essential information, this required information, in the background check system,” said Sen. John Cornyn, R-Texas, who is sponsoring legislation to address new fixes to overall reporting practices for the database. “I hope if anything good comes out of this tragedy, it will be that we finally fix, on a bipartisan basis, this broken background check system.”

Investigators work at the scene of a mass shooting at the First Baptist Church in Sutherland Springs on Sunday November 5, 2017.AP Photo/Austin American-Statesman, Jay Janner

Wilson on Dec. 6 said their investigations are still ongoing. The Air Force probe could continue another four to five months as they examine thousands of records dating back to 2002.

The Air Force is also sharing findings with the other services and cooperating with the inspector general inquiry as well, she said.

“When we have all the facts, we will assess accountability for the breakdowns in this specific case and, more broadly, for any systemic deficiencies. We are committed to ensuring full compliance with all criminal history reporting requirements,” Wilson said.