A highly decorated Kirtland Air Force Base colonel who refused to sign a certificate of appreciation for a retiring master... 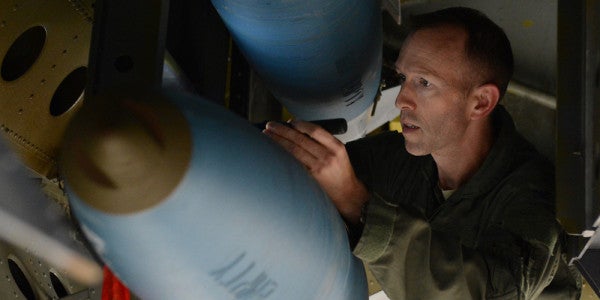 A highly decorated Kirtland Air Force Base colonel who refused to sign a certificate of appreciation for a retiring master sergeant’s same-sex spouse says he was wrongly disciplined for following his religious beliefs.

Col. Leland Bohannon was relieved of command and a letter was sent by a superior officer recommending against his promotion after an Equal Opportunity complaint against him was substantiated. A religious liberties group is now demanding the reversal of the decision.

In May, Bohannon, then the commander of the Air Force Inspection Agency headquartered at Kirtland, was asked to sign certificates for a retiring master sergeant, including a “certificate of spouse appreciation,” according to an appeal letter to the Air Force from First Liberty Institute sent on Oct. 5.

The certificate is one traditionally given to the spouses of retiring military members; it is not legally required to be given and is not an official document.

Bohannon did not sign the certificate for the master sergeant’s same-sex spouse, as it conflicted with his religious beliefs.

According to the letter, Bohannon consulted others on the base, and his command chaplain suggested he file a religious accommodation request that would excuse him from signing the certificate.

That request was returned “without action” six weeks later, the letter states.

Instead, an off-base superior officer agreed to sign the certificate in Bohannon’s place.

The master sergeant subsequently filed an Equal Opportunity complaint, alleging Bohannon unlawfully discriminated against him due to his sexual orientation by not signing the certificate himself.

The complaint was substantiated, and Bohannon was removed from command. A letter was sent by a superior officer to the Air Force Brigadier General promotion board, recommending Bohannon not receive a promotion.

He has since been transferred to Washington, D.C., said attorney Mike Berry of First Liberty Institute, who is representing Bohannon.

Berry said the Air Force doesn’t provide clear guidelines to members in situations such as Bohannon’s.

“There was no guidance for him to know how to navigate that,” he said. “… The accommodation should have been granted.”

He said he was unsure of why Bohannon’s religious accommodation request was returned “without action,” as the only two options for such requests are typically approval or denial.

Berry also argues that the directive informing the Air Force’s Equal Opportunity policy enacted in 2016 contradicts existing law, in that it includes sexual orientation in the definition of “sex.”

“No airman … should ever have to forfeit their religious beliefs in order to serve in the military,” Berry said.

“The military is a secular institution and if an individual’s deeply held religious beliefs prevent them from doing their duty and leading/treating all of their subordinates equally then they need to resign,” she said in an email.

A Kirtland Air Force Base spokesman referred inquiries on the case to Air Force headquarters.

“The Air Force is aware of the issue, and is working it through the proper channels,” Air Force spokesman Maj. Ethan Stoker said in an email.

In addition to reversal of the substantiated Equal Opportunity complaint, Bohannon is seeking removal of any associated unfavorable materials from his service record. He is also requesting that adequate training be given to commanders on how to deal with similar situations in the future.

“He, like me, hopes for a swift and favorable outcome,” Berry said.

Berry said they will take legal action should it become necessary.

According to an August 2015 article in the Kirtland Air Force Base Nucleus newspaper, Bohannon has more than 3,300 flying hours as a pilot, including combat missions.

He was awarded the Bronze Star after service in Afghanistan.