The secretary of the Air Force is pushing to award a Medal of Honor to the first Connecticut native to... 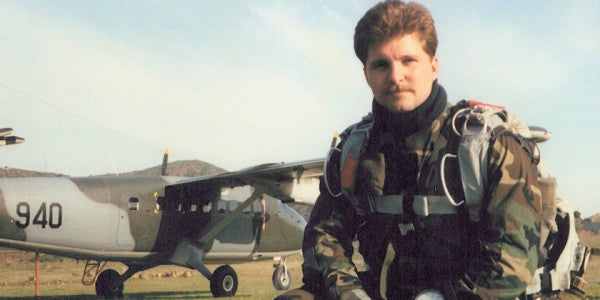 The secretary of the Air Force is pushing to award a Medal of Honor to the first Connecticut native to die in the war in Afghanistan, based on new evidence 14 years after his death, the New York Times reported.

He died on March 4, 2002, while attempting to retrieve the body of a Navy SEAL who had fallen from a helicopter during an attack by al Qaida and Taliban fighters, according to previous Courant reports.

But new evidence unearthed by the Air Force about Chapman's final hours suggests that a senior chief petty officer may have been incorrect when he declared Chapman dead during the attack, the New York Times reported.

Instead, the Air Force said, Chapman lived for an hour after his teammates had retreated, fighting enemy troops alone, according to the newspaper report. New technology used in an examination of videos from aircraft flying overhead indicate that Chapman killed two Al Qaida fighters before “dying in an attempt to protect arriving reinforcements,” the newspaper reported.

U.S. Sen. Richard Blumenthal said on Saturday that, in the wake of the new information, he is looking forward to contacting the Secretary of Defense to help take the next step in awarding Chapman with the Medal of Honor, the military's highest award.

“I support moving forward with the Medal of Honor for Sgt. Chapman because he unquestionably died a hero fighting for his country,” Blumenthal said. “We may never know exactly what happened during the final hours of that fight but, undoubtedly, Sgt. Chapman died a hero.”

Chapman joined the Air Force in 1985 and later became a combat controller with the 24th Special Tactics Squadron, based at Pope Air Force Base in North Carolina, where he lived with his wife, Valerie, and daughters, Madison and Brianna.

Chapman had been credited with saving the rest of his team, and a memorial was built for him at an Air Force base in Alabama. He received a citation for the Air Force Cross, the second-highest honor for an airman.

In Windsor Locks, Chapman was known as a winning athlete, making the varsity soccer team in his freshman year.