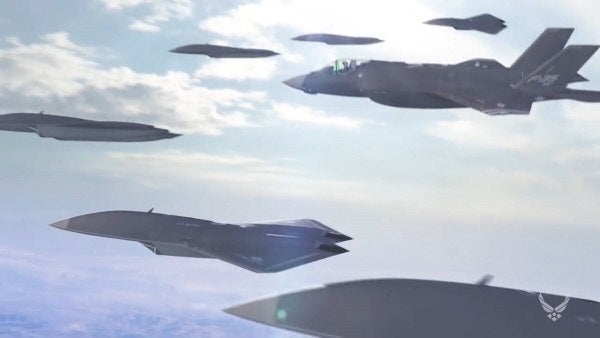 Two San Diego defense contractors have made the cut for the U.S. Air Force's $400 million Skyborg Vanguard program, which aims to integrate a family of combat drones alongside manned fighter jets on critical missions.

Tapping artificial intelligence and other technologies that allow them to adapt to various battlefield conditions, these Skyborg-developed drones are expected to begin flying with piloted aircraft by 2023.

“Because autonomous systems can support missions that are too strenuous or dangerous for manned crews, Skyborg can increase capability significantly and be a force multiplier for the Air Force,” said Brigadier Gen. Dale White, program executive officer, in a statement. “We have the opportunity to transform our war-fighting capabilities and change the way we fight and the way we employ air power.”

Skyborg also aims to lower costs. Analysts estimate the base selling price for some of these combat drones could be as low as $3 million to $5 million per plane.

That's markedly less than state-of-the-art piloted fighter jets such as the F-35, which can run up to $100 million per aircraft.

The Skyborg program comes at a time of heightened competition among nations globally for technology dominance on the battlefield. It's one of three so-called Vanguard programs that are part of the Air Force Science and Technology 2030 initiative to deliver “game-changing capabilities” to Air Force operations.

“U.S. Air Force inventory needs are significant for tactical drones over the next 10 years,” said Peter Arment, an analyst with Baird Equity Research.

General Atomics Aeronautical Systems, based in Poway, is the longtime maker of the Predator and other drone platforms for various military branches and government agencies. As part of the vendor pool for Skyborg, it will compete with the three companies for orders under the program, said a company spokesman.

Kratos Defense's drone business is based in Oklahoma, though the company is headquartered in San Diego. It makes target drones for training purposes. But it also builds more sophisticated unmanned aircraft. Its XQ-58A jet-powered drone completed multiple flights and hit milestones that the Air Force requested last year.

“Kratos has been and remains committed to advancing affordable unmanned technologies, and we are proud to be a Skyborg prime contractor,” said Steve Fendley, head of the company's unmanned systems division.

Related: Here's what you should know about the Air Force's new robot wingman

Northrup Grumman also has a division in San Diego working on autonomous technologies for the military, though its Skyborg efforts are centered at the company's Palmdale facility.

Analysts think Kratos is in a good spot to win orders in the Skyborg program with its Valkyrie jet-powered drone, in part, because of the Air Force's focus on low cost and development speed.

“Kratos has completed several flight tests with the Valkyrie with different aircraft, and the company appears to have a head start relative to the other potential aircraft in the program,” said Ken Herbert, an analyst with Canaccord Genuity.