The MC-103J Commando II airplane rumbled low to the ground, nearing the intense firefight below where a team of American... 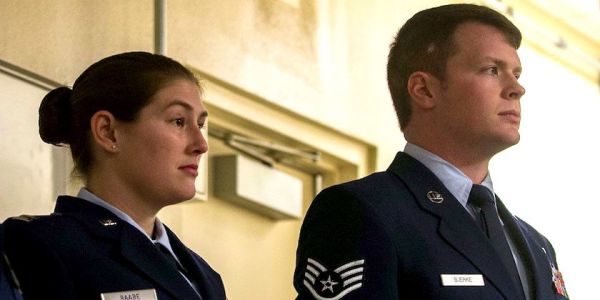 The MC-103J Commando II airplane rumbled low to the ground, nearing the intense firefight below where a team of American special operators and allied commandos were encircled by Taliban fighters in a remote part of Afghanistan.

One Green Beret had been killed and another soldier had been seriously wounded. The remaining force was out of water and nearly out of ammunition – each soldier with as little as one magazine of rounds left. They were in danger of being overrun.

But the MC-130J crew refused to hesitate, even as insurgents turned machine guns and anti-aircraft artillery toward the burling turbo-prop transport plane. Taking heavy fire, the crew made life-saving calculations and decisions necessary to drop a combat load of water, food and ammunition to the American and allied fighters below, ultimately allowing them to hold off the attack and survive the Jan. 5, 2016 encounter, according to Air Force award citations and documents.

On Jan. 5, exactly two years to the date of that mission, two of the six Air Force special operators manning the MC-130J that day were awarded the Distinguished Flying Cross for their heroic actions that ensured the success of the mission, said Air Force Brig. Gen. William Holt II, the director of operations for Air Force Special Operations Command. All six members of the crew have been approved to receive the decoration, he added.

“They didn’t hesitate because there were friendly forces on the ground inside that compound that were under fire from 360 degrees,” Holt said Friday, moments before pinning the Distinguished Flying Cross on Capt. Charlotte Raabe and Senior Airman Gary Bjerke during a ceremony at Cannon Air Force Base in New Mexico. “The crew had to perform quickly, at low level, during mid-day, under intense enemy fire, and that’s exactly what they did.”

Raabe, then a first lieutenant, was serving as the combat systems officer aboard the MC-130J aircraft. She was credited for making on-the-fly calculations to direct the pilots away from incoming artillery rounds and, eventually, into the proper position to make a precision airdrop, according to the citation for her award.

“Although her aircraft was struck multiple times by enemy fire, [Raabe’s] decisive actions and expeditious recalculation of the combat airdrop led to the successful resupply,” it read.

Meanwhile, from the rear of the aircraft, Bjerke, the crew’s loadmaster, watched the incoming fire as he prepared to drop the supplies, which had to land within 50 meters of the American troops or risk falling into enemy hands, his award citation read.

“Bjerke notified the pilots they were taking fire, despite the high potential for surface to air engagement, Airman Bjerke diligently prepared the resupply bundles for airdrop as the aircraft flew through the effective lethal range of small arms and anti-aircraft artillery,” the citation stated. “… Under direct fire from enemy forces, Airman Bjerke’s decisive actions and initiative led to the successful resupply … of the Special Forces team, halting any further loss of life.”

The crew understood the dire situation on the ground, Bjerke said.

“It did not set in that we were taking fire until the ramp and door had opened,” he said in an Air Force statement. “I distinctly remember hearing the cracks of the bullets passing behind the aircraft. The only thing I could think of was this resupply needed to be executed successfully.”

In addition to the Distinguished Flying Cross awards, the MC-130J crew from the 9th Special Operations Squadron additionally received the Lt. Gen. William H. Tunner Award for the most outstanding airlift crew in the Air Force, Holt said.

The Distinguished Flying Cross is the nation’s oldest award for military aviation accomplishment. The vast majority of the awards are received for extraordinary achievement, Holt said.