Maj. Michael 'Cal' Gentry, 354th Contracting Squadron commander at Eielson Air Force Base, was struck by a vehicle and killed by a vehicle on Saturday 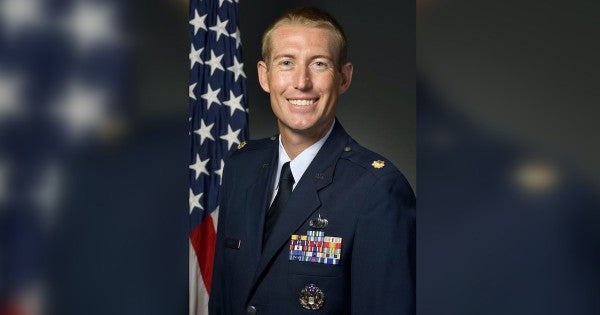 A squadron commander cycling Saturday on the Steese Highway northeast of Fairbanks, Alaska was struck by a vehicle and killed, according to Eielson Air Force Base officials.

Maj. Michael “Cal” Gentry, 37, died on the scene near Central. He was the 354th Contracting Squadron commander at the base near North Pole and had served in the Air Force since 2007.

Gentry and two other airmen were on a cycling trip from Fairbanks to Circle when Gentry was struck at around 6 a.m. near Mile 125 of the Steese, according to a statement from the base.

One of the other airmen was also injured, the base said. He was treated at Fairbanks Memorial Hospital and released. Details about the injuries and the type of vehicle involved were not immediately made available.

It was not immediately clear what caused the vehicle to strike Gentry or if the driver was cited. Capt. Kay Magdalena Nissen, a spokeswoman for the base, said the investigation is ongoing.

“Our entire team is heartbroken at the loss of Cal Gentry to this tragic accident,” said Col. Shawn Anger, 354th Fighter Wing commander. “He loved anything and everything outdoors and there is at least a little solace knowing Cal died doing something he loved.”