Faced with pilots leaving the Air Force in droves for the airlines, top generals are considering the option of forcing... 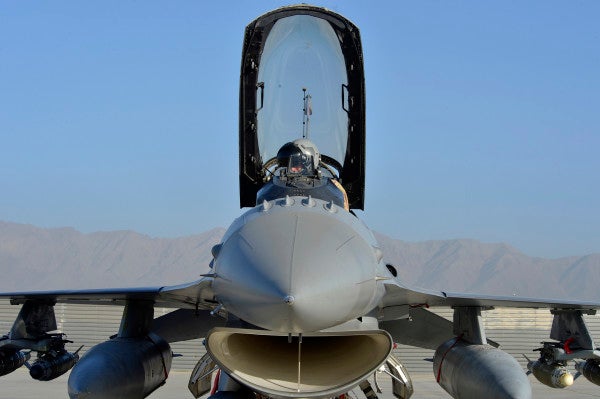 Faced with pilots leaving the Air Force in droves for the airlines, top generals are considering the option of forcing some to stay in the service against their will, a senior Air Force general told CQ Roll Call.

Gen. Carlton Everhart, chief of Air Mobility Command, said in an interview that he and other senior Air Force generals will join Gen. David Goldfein, the service’s chief of staff, alongside representatives of the other armed services, in a meeting with U.S. airline executives May 18 at Andrews Air Force Base.

The goal of the meeting will be to find ways to solve the exodus of Air Force pilots to the industry in a way that is mutually acceptable for the U.S. military and the airlines — without the Air Force having to resort to “stop-loss,” a means of forcing Air Force personnel to stay in the service beyond the period of their commitment.

Everhart said he has already told airline executives that stop-loss is an option. “I said to the industry … if we can’t meet the requirements, the chief could drop in a stop-loss — and you need to understand that,” he said.

The shortages, especially in fighter pilots, are beginning to hurt the Air Force’s fight against the Islamic State, or ISIS, Everhart said.

“If I don’t have pilots to fly, the enemy has a vote, and if I can’t put warheads on foreheads, then (ISIS) is winning,” he said.

With Air Force pilots leaving the service in great numbers, there is growing talk of boosting bonuses to retain them. But money, it turns out, is usually the least important reason a pilot stays or goes.

That doesn’t mean an increase to the $35,000 annual enticement that is available to pilots after a decade of service would necessarily be a bad idea. But the pilot shortage — a hot topic this year in Congress’s defense committees — may be more a function of pilots being pushed out by the declining state of Air Force readiness than about the pull of big bucks in the airline industry, according to lawmakers and military leaders.

There are not enough pilots today across all the U.S. military services, but nowhere is the shortage as bad as in the active-duty Air Force, the Air National Guard and Air Force Reserve, which are some 1,550 short of the 20,300 required pilots, officials testified this month. An estimated 950 of the missing Air Force pilots are supposed to be in fighter jets.

“The upshot is: The numbers are not good,” said Tom Cotton, the Arkansas Republican who chairs the Senate Armed Services Subcommittee on Airland, which oversees many Air Force programs, at a March 29 hearing.

But just as important as the shortage of pilots is a dearth of maintenance personnel, said Everhart, whose command oversees the Air Force’s support fleet — comprising transport, refueling, aeromedical and VIP aircraft.

The maintenance shortage has gotten far less attention than the pilot issue, but the Air Force was some 3,400 short of its required number of maintenance personnel at the end of 2016, even though the required number has dropped, officials say. In response, the service is hiring more and more maintainers with less and less experience, officials say.

And now the service is also beginning to lose other key types of skills to the civilian sector — from air traffic controllers to cyber warriors, Everhart warns.

The problem is something of a contradiction, inasmuch as service members are either overworked or underused, Everhart and others say.