The U.S. Air Force has suspended paying incentive fees at all 21 military housing bases operated by landlord Balfour Beatty Communities following a Reuters-CBS News report that the company falsified maintenance records at an Oklahoma base to help it qualify for millions of dollars in bonuses 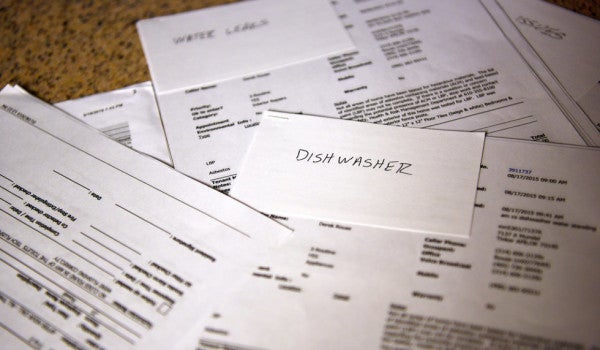 NEW YORK (Reuters) – The U.S. Air Force has suspended paying incentive fees at all 21 military housing bases operated by landlord Balfour Beatty Communities following a Reuters-CBS News report that the company falsified maintenance records at an Oklahoma base to help it qualify for millions of dollars in bonuses.

The Air Force previously had suspended fees at three Balfour Beatty bases. Now, it has halted such payments at all 21 company sites after new allegations of improper handling of maintenance records arose at another base in Idaho, Mountain Home Air Force Base, John Henderson, the Air Force assistant secretary for installations, said in a statement to Reuters late on Friday.

Balfour Beatty will not receive any management incentive fees, which the company says are worth 13 percent of its $33 million in annual military housing net income, or about $4.3 million, until it provides the Air Force with an independent review of its maintenance and work order processes and ensures they meet all Air Force requirements.

“The Air Force has communicated the gravity of the situation to BBC leadership,” Henderson said in the statement.

Earlier this month, Balfour Beatty announced it had hired an outside law firm, Hunton Andrews Kurth LLP, to investigate reports it falsified maintenance records. Balfour Beatty said its policy is to report repairs properly and has blamed a single former employee for problems in Oklahoma.

“The allegations in relation to work orders at Tinker Air Force Base and Mountain Home Air Force Base are being taken seriously and are in the process of being investigated,” Balfour Beatty said in a statement to Reuters.

The other, an accurate handwritten log not shared with the military, showed the company consistently took much longer to finish jobs.

A former Balfour manager told Reuters the company at times doctored records to make it appear maintenance issues were repaired quickly. Even as Air Force personnel on site questioned the maintenance logs, the Air Force continued to pay the company incentive fees.

Along the way, some military tenant families at Tinker and other Balfour Beatty-managed communities were forced to live with health and safety hazards such as sewage spills, vermin and rampant mold.

In addition to suspending fees, the Air Force says it is hiring additional housing oversight personnel and revising its home inspection program to avoid similar problems at all of its housing bases.

The Navy and Marine Corps will examine the maintenance work order systems of all of their private landlords in coming weeks, a Navy spokesperson said. “Should this examination or other reports indicate matters of concern, we will take appropriate and timely action.”

Congresswoman Kendra Horn, who represents a district near Tinker Air Force Base in Oklahoma City, said Congress must hold “bad actors” accountable. Earlier this year, she toured Tinker with Balfour officials. “I thought I wasn't getting the whole story,” Horn said.

Balfour has told Reuters several times this year, since it started publishing reports on military housing, that it is cooperating with the military and Congress.

The questions about the company's work add to a chorus of concerns about housing conditions at militarybases nationwide. Last year, a Reuters series, Ambushed at Home, described widespread breakdowns in housing operations, prompting a flurry of congressional hearings and reform efforts, including a proposed tenant bill of rights giving military families greater say in housing disputes. The military also launched a half-billion dollar nationwide cleanup plan.

Beginning in 1996, the Department of Defense shifted ownership of more than 200,000 family housing units on bases to more than a dozen private real estate developers and property managers under 50-year contracts. These contracts include fees for companies that meet quarterly and annual goals, such as responding to resident maintenance requests within a specified time. The fees are payable each quarter, and are generally worth up to 2% of the total rent payments from service families living on base.