"Although the exact cause is unknown, an incapacitating event occurred during the 2000-yard surface swim." 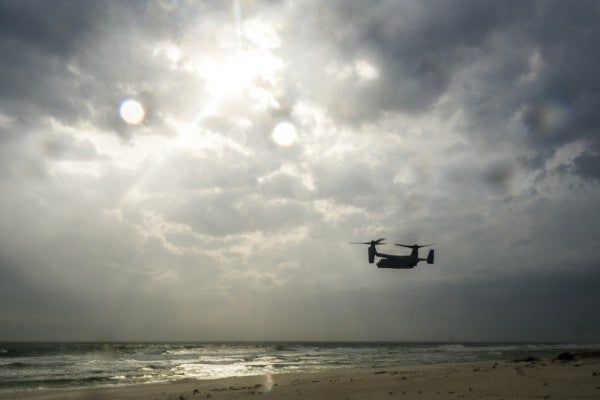 HURLBURT FIELD — An autopsy on the body of a 24-year-old Hurlburt Field airman who died during a 2,000-yard swim during a March combat dive training accident at a Navy facility in Panama City “determined the cause of death was accidental drowning,” according to a recently released Air Force report on the incident.

At the time of his death, Baker was an Air Force Special Tactics combat controller apprentice assigned to the Special Tactics Training Squadron of the Hurlburt Field-based 24th Special Operations Wing.

According to the report, on the night before the 2,000-yard swim, Baker had taken two 50-milligram sleep-aid capsules without official medical authorization.

“Air Force Instructions and AFCDC policy prohibit students and operators on flight status to take medications such as DPH without the permission of a doctor,” the report notes in its closing paragraphs.

The report notes that classroom lessons on the surface swim listed buddy pairs and buddy lines as part of the swim, but the classroom instructor “verbally briefed the students neither would be used for surface swim events.”

Baker was first noted missing at 11 a.m., about an hour after the 2,000-yard swim began, when it was noticed that he had not posted his time for the event. An ensuing search involving nearly 90 local law enforcement, U.S. Marine Corps, U.S. Navy, and U.S. Coast Guard personnel ended more than five hours later, at about 4:30 p.m., when a Coast Guard diver recovered Baker's body from the bottom of about 16 feet of water, after it had been located by sonar.

There was no indication that Baker had attempted to inflate his personal flotation device in connection with whatever led to his drowning, and there were no signs of trauma or broken bones, according to the Air Force report.

Also according to the report, there “was no evidence (Baker) suffered from a heart attack, stroke, or pulmonary embolus. The evidence suggests (Baker) did not have a seizure or engage in vigorous struggle in the process of incapacitation and drowning.”

The report goes on to conclude that “(a)lthough the exact cause is unknown, an incapacitating event occurred during the 2000-yard surface swim that rendered (Baker) unable to signal, visibly struggle, or actuate his PFD (personal flotation device) prior to submersion, sinking, and ultimately drowning.”

In the days before the accident, the report notes, Baker had been complaining to his classmates of strain on his hip flexors, but he nonetheless “had been able to perform well on the AFSOC (Air Force Special Operations Command) fitness test administered on 16 March 2020 and the 1000-yard surface swim on 18 March 2020.”

But, the report goes on to note, the diphenhydramine levels “measured during the autopsy cannot reliably indicate the actual levels at time of death.”