The Air Force is reviewing how it picks where its crews stay overnight after it was revealed that crews had driven over 50 miles to stay at President Donald Trump's own resort in Scotland, according to a report from Politico 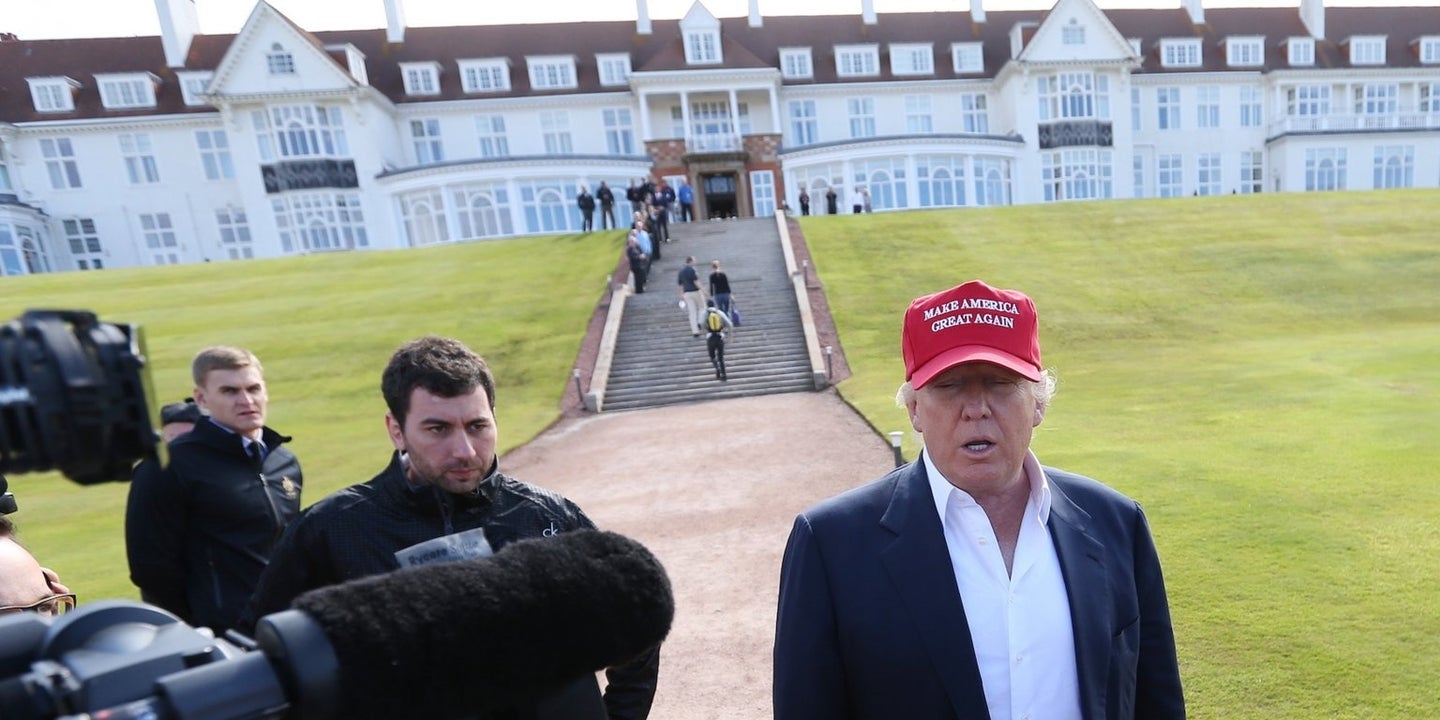 The Air Force is reviewing how it picks where its crews stay overnight after it was revealed that crews had driven over 50 miles to stay at President Donald Trump's own resort in Scotland, according to a report from Politico.

Brig. Gen. Ed Thomas, the Air Force's chief spokesman, told Politico: “We are reviewing all associated guidance” after the publication reported that Air Force personnel had stayed at Trump's Turnberry resort, which is 54 miles from Prestwick Airport, where the planes were refueled.

Thomas told Politico that “initial reviews indicate that aircrew transiting through Scotland adhered to all guidance and procedures” but also conceded that “lodging at higher-end accommodations, even if within government rates, might be allowable but not advisable.”

The Air Force said in a statement on Sunday that: “Air Force leadership directed Air Mobility Command to review all guidance pertaining to selection of airports and lodging accommodations during international travels,” CNN reported.

The Air Force confirmed on Saturday that a C-17 crew had stayed at Trump's resort for a night in March during a refueling stop while flying to Kuwait.

Thomas denied to The New York Times that anything improper had occurred, and said that it had “used the closest available and least expensive accommodations to the airfield within the crews' allowable hotel rates.”

He added that the 54-mile-trip from Prestwick Airport to Turnberry is “not a remarkable distance to travel to receive government rate lodging.”

The Trump property cost $136 a day, while a nearby Marriott cost $161. The spokesperson said that the Air Force's spending limit was $166, and said the crew used the Marriott on the return leg of the trip.

Politico also reported on Sunday that a unit of the Maine Air National Guard stayed at the resort in September 2018, according to a person familiar with the trip, an Instagram post, and a voucher that showed the crew's arrangements.

The Air Force did not answer Politico's questions about that trip.

A Trump Organization representative told The New York Times that military personnel have stayed at Turnberry a few times a year, and that the government was given a cheaper rate of around $100 per night.

Lieutenant General Jon Thomas, the deputy commander of the Air Force's Air Mobility Command, which will lead the probe, told Politico that it will look into whether or not staying in Trump's properties is a good idea, even if it does not violate any rules.

“What the chief is getting at is just because you can, we should also be asking ourselves the question about should,” he said.

“And the question there is, as our crews are following all guidance and directives we also have to be sensitive to the possible perceptions that might be created on where they may stay.”

The New York Times reported that the Department of Defense has made 259 stopovers in Prestwick airport so far this year, compared to 95 stopovers in 2015.