In 2014, Air Force veteran Bryan Paul Winquist, now 39, submitted paperwork to the VA seeking compensation related to what he said was post-traumatic stress disorder as a result of a 2003 improvised explosive device attack in Balad, Iraq — except there was no firefight, and Winquist was not injured or involved in an attack 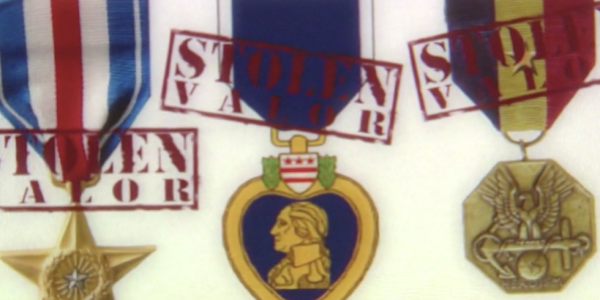 In 2014, Air Force veteran Bryan Paul Winquist, now 39, submitted paperwork to the VA seeking compensation related to what he said was post-traumatic stress disorder as a result of a 2003 improvised explosive device attack in Balad, Iraq.

The claim detailed that Winquist was shot in the left shoulder during a small arms firefight, which lasted between 25 to 45 minutes and caused two casualties and four injuries.

Except there was no firefight, and Winquist was not injured or involved in an attack, VA investigators wrote in legal documents three years after the claim and $37,500 in VA disability compensation later.

Winquist, a resident of Cordova, Tennessew, who previously lived in Fayetteville, was sentenced Dec. 12 to one month of intermittent confinement and nine months of house arrest as terms of a three-year period of probation on a charge of theft of government property, Higdon said.

“To commit a fraud upon the VA is to steal from those who have risked their lives to protect this nation,” Higdon said. “The limited funds available to the VA are critical to meeting the needs of those who have faithfully served our country, and this office will continue to hold accountable all who obtain veterans benefits through fraud and deception.”

Court documents with the U.S. District Court for the Eastern District of North Carolina state Winquist submitted the claim to the VA on March 22, 2014.

Winquist claimed he was on patrol in the town of Balad, Iraq, as an augmented medic for an Army infantry unit, court documents state.

Winquist wrote in the claim that he was hit with shrapnel from an improvised explosive device and was shot in the left shoulder.

He wrote that he continued to assist those injured in the firefight and submitted Department of Defense discharge forms with statements “that appeared to corroborate,” that he received the Military Order of the Purple Heart, court documents state.

Winquist signed forms that stated the laws and penalties for making false statements.

Court documents state that the VA paid benefits to Winquist based upon his claims that he suffered from post-traumatic stress disorder related to the alleged attack.

Winquist received the VA benefits by withdrawing money paid to his bank account at various locations, including in the Eastern District of North Carolina.

On March 1, 2017, a special agent with the VA's Office of Inspector General interviewed Winquist at his home in Fayetteville regarding the claim.

Winquist maintained his claim to the agent saying he was injured by an improvised explosive device explosion in Iraq.

“At no time during receipt of these government funds did Winquist acknowledge the falsehoods in his claim or seek to return the funds,” the court documents state.

Officials with the U.S. Attorney's office said the VA Office of the Inspector General reviewed Winquist's service records and interviewed fellow service members, which showed that the incident he claimed happened did not occur.

Officials said Winquist deployed to Iraq for one month and was assigned as a firefighter to the base.

“A fellow fireman did not recall Winqiust ever going off base on patrol, and also never knew of any small arms fire or injuries to Winquist,” officials said.

The special agents contacted the Air Force Historical Society, which did not have records of the alleged firefight attack, and officials said Winquist did not receive the Purple Heart.

Officials said that Winquist “admitted,”that he “fabricated the incident,” during a Dec. 13, 2017, interview with investigators.

“In particular, he stated, “I was hurting for money, and I made it up,'” officials said. “Winquist also stated that he knew it was wrong.”

In February, Winquist was charged with a federal indictment and pleaded guilty to theft of government property Aug. 5, 2019.

“His conduct is shameful, illegal and an affront to those who have served honorably and with distinction and to those who bear the scars of defending this country,” Higdon said.