'We are especially concerned for what these allegations would mean for our ability to recruit and retain talented personnel in our National Guard.' 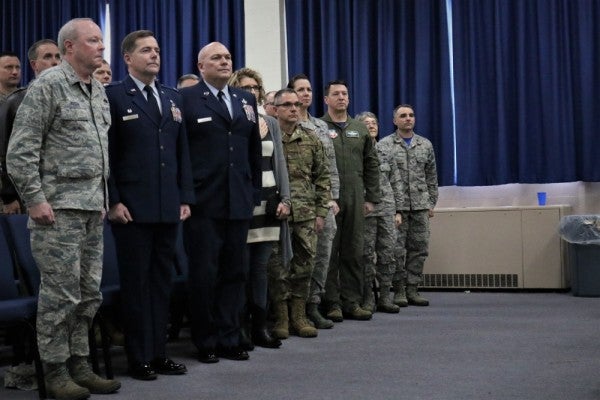 Two Philadelphia-area congresswomen are asking the head of the Pennsylvania National Guard to address allegations of sexual harassment and retaliation at the Horsham Air Guard Station following an Inquirer investigation last month.

U.S. Rep. Chrissy Houlahan, a former Air Force officer and founder of the Servicewomen and Women Veterans Caucus, and U.S. Rep. Madeleine Dean, whose district includes the air base, wrote in a Friday letter to Major General Anthony Carrelli that they were troubled by the allegations in the article, and those made by two former employees on the base who have reached out to them.

“Despite its different structure, the National Guard is not immune from the cultural challenges facing our military, especially when it comes to sexual harassment, misconduct, and retaliation,” Houlahan and Dean wrote to Carrelli, who as adjutant general is responsible for supervision of the state’s Army and Air National Guard units.

Last month, the Inquirer reported on allegations of rampant sexual harassment within the base’s 111th Attack Wing, and a pattern of reprisal against those who speak out about that or other acts of misconduct.

The Horsham base is home to a control center for MQ-9 Reaper drones flying overseas. Formerly the Naval Air Station Joint Reserve Base Willow Grove, its pilots flew the A-10 ‘Warthog’ Thunderbolt.

Marianne Bustin, the base’s former sexual assault response coordinator, told the Inquirer last month that Air Guard leaders “made a mockery” of her program and terminated her in June following what she said was a campaign of retaliation by Air Guard leaders.

“There is an abuse of power and control there,” Bustin said after she was fired. “It’s a few of these leaders against everyone else. You either comply and you’re in, or you don’t and you’re out. They’ll come after you and close ranks, and you’re done.”

Separately, the Inquirer reported, Lt. Col. Oliver Barfield, former commander of the base’s largest unit, alleged in a July congressional memo that the base’s top officer, Col. William Griffin, has fostered a “vindictive culture of unprofessional retaliation against those who speak out where the ends always justify the means.”

Barfield’s memo does not deal with sexual harassment. He said he faced retaliation from Griffin for filing a report with the inspector general about a technical issue, a unit’s organizational alignment.

“I have worn the uniform for over 21 years at seven other permanent duty stations and during four combat deployments,” wrote Barfield, who recently left the base. “I have never experienced anything close to this.”

Related: The Air Force said this colonel was an incredibly toxic leader. Then she was promoted to one-star general

The two freshmen representatives wrote in their letter to Carrelli that Bustin and Barfield have reached out to their offices for assistance and are “prepared to talk with investigators about their experiences.”

“We are especially concerned for what these allegations, if corroborated, would mean for the command climate at the Horsham Air Guard Station and our ability to recruit and retain talented personnel in our National Guard,” the congresswomen wrote.

The U.S. military has struggled for decades to address sexual assault and harassment, particular since the 1991 Tailhook scandal, in which 83 women and 7 men were found to have been assaulted during a Navy convention weekend. Yet, reports of sexual assault in the military continue to increase.

The problem has received new attention this summer following the death of Spc. Vanessa Guillén at Ford Hood, Texas. Guillen, 20, had told her family she was being sexually harassed but did not believe she could report it without facing retribution. Authorities say she was killed by a male soldier.

Guillen’s death prompted the Army to review the command climate and culture at Food Hood.

On Saturday, the U.S. Army said that Sgt. Elder Fernandes, 23, a Fort Hood soldier missing since last Wednesday, had reported “abusive sexual contact” and had recently been transferred. Fernandes had been in contact with the unit’s sexual assault response coordinator, an Army spokesman said.