The father of a soldier who was killed last weekend in Afghanistan was disappointed and hurt after airline passengers booed... 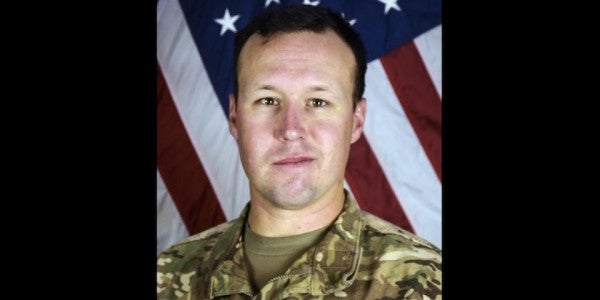 The father of a soldier who was killed last weekend in Afghanistan was disappointed and hurt after airline passengers booed him and his family as they flew to meet his son’s remains.

Stewart Perry, an ex-Marine who lives in Stockton, said the ordeal left him feeling disrespected.

“It was really disgusting on the passengers’ part,” he said Friday.

His son, Sgt. John Perry, was one of two killed in an explosion at a United States airbase on Nov. 12. He was honored at a memorial service in Lodi on Thursday and will be buried in Arlington National Cemetery.

John Perry, 30, and Pfc. Tyler R. Iubelt of Tamaroa, Illinois, died from their injuries after the attack by an apparent suicide bomber at the Bagram Airfield at about 5:30 a.m. local time.

The Department of Defense said this week that the blast also took the lives of two U.S. contractors working on the base. Sixteen other U.S. service members and one Polish soldier participating in a NATO mission were wounded.

An avid runner, he had been preparing to participate in a 5K run at the base in northeast Afghanistan as part of a post-Veterans Day activity to benefit disabled veterans.

Stewart Perry said he, his wife, Kathy, and daughter were flying on an American Airlines flight from Sacramento on Monday to Philadelphia, with a quick transfer in Phoenix. From Philadelphia, they traveled to Dover Air Force Base in Delaware to receive his son’s remains.

For unknown reasons, Perry said, the flight to Phoenix was 45 minutes late. The crew feared the delay might cause the Perrys miss their connecting flight.

So, when the plane landed in Phoenix, the captain made an announcement for all passengers to remain seated and to let a “special military family” exit the aircraft first, Perry said.

“Some people were saying ‘This is just baloney,’ and ‘I paid for first-class for this?’ ”

He said American Airlines “did everything they could” to accommodate his family.

Perry and his family made their connecting flight, and the pilot in Phoenix stayed at the gate for 40 minutes to make sure they made it on board.

Perry said he does not know if the passengers from Sacramento knew there was a Gold Star family on board, nor does he know if there was a similar reaction from people sitting in coach.

“It was just disgusting behavior from people in first class; it was terrible to see,” Perry said. “You could see the disappointment from the flight crew.”

The real focus, Perry said, should be on the heroics of his son. The husband and father of two young children died a hero.

“He made a decision that saved a lot of people,” Perry said. “I was told that he was found protecting a female soldier. … He didn’t get to live a full life, but he lived.”