Staff Sgt. Keith Keiffer, who is assigned to the 91st missile wing of Minot Air Force Base, was found Jan. 22 in a ditch in Northern California claiming he was kidnapped and that he could not recall his name 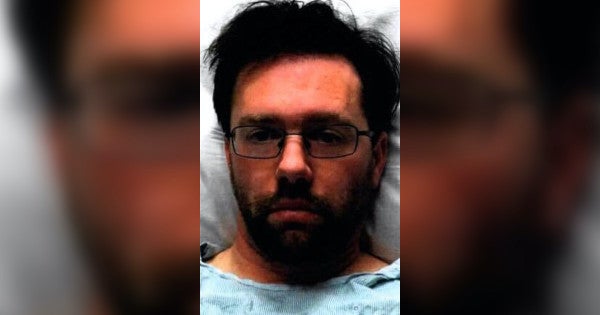 An airman who told authorities last week he could not remember his own identity after reportedly being found in a ditch in Amador County with a head injury was determined to have fabricated large portions of his story, the Jackson Police chief said this week.

The incident started as a John Doe case handled by the Jackson Police Department. Jackson's police and fire departments, in initial social media posts and statements, said an unidentified man was found Jan. 22 in a ditch off Highway 88, near the small town of Pine Grove. The man was transported to a hospital for treatment.

The man said he could not recall his name, and authorities said he had no wallet or identifying information on him. So he gave the Jackson Police Department permission to take his photo and post it online, in an effort to have the community remind him. The Jackson Fire Department shared the man's photo to Facebook, where it was widely shared by users.

In an update the following morning, the Jackson Police Department announced it had learned the man's identity, hours later revealing the man's name as Staff Sgt. Keith Keiffer. Keiffer, 32, is an active airman with the U.S. Air Force who was previously assigned to Travis Air Force Base, 40 miles southwest of Sacramento near Fairfield, a base spokesperson confirmed last week.

Jackson Police Chief Christopher Mynderup said later last Thursday that Keiffer was starting to regain his memory, and that he'd told police he believed he may have been involved in a “pretty serious crime” in the Sacramento area.

But after relatively quick investigations by the Jackson and Sacramento police departments, Mynderup on Wednesday said “it does not appear that he was being truthful with us, or with Sacramento investigators.”

“He told my folks that he was the victim of a kidnapping that took place in Sacramento,” the police chief said. “He stated he was held there for several days until he claims he was beaten about the head until he lost consciousness. The next thing he remembered, he was coming to in a ditch up in our county. He was telling our officers this, and we just kind of figured that his story wasn't adding up.”

Mynderup said Keiffer had no visible injuries, and that scans at a hospital did not reveal any evidence that he'd sustained any internal injuries, including to his head.

“He was also very clean for being kidnapped, held in a warehouse, and ending up in a ditch,” Mynderup said. “We gave him kind of every opportunity to tell us what was going on,” but Mynderup said the man continued to be untruthful.

Mynderup said Keiffer is now “in the hands of Air Force officials.” He was picked up the day of the incident by Travis Air Force Base personnel.

An investigation into what Keiffer claimed was a serious crime was taken over by the Sacramento Police Department late last week, but the case was closed in a matter of days, spokesman Officer Karl Chan confirmed to The Sacramento Bee early Wednesday.

“We've determined that there's been no crime that's been committed within the city limits of Sacramento, and the investigation on our end has been closed,” Chan said.

Chan said the department would not give further comment on the specifics of the investigation for privacy reasons, except that the man told authorities a crime took place “either in or around the city limits” of Sacramento when police took his statement last Friday.

'This is a first for me'

Travis Air Force Base spokeswoman Amanda Farr said last week Keiffer had since been assigned to the 91st missile wing of Minot Air Force Base in Ward County, North Dakota, and he had been on leave in California at the time of the incident. Keiffer's Facebook profile shows him living in West Virginia.

Keiffer is not facing criminal charges from either the Sacramento or Jackson jurisdictions. Officials for both departments said the matter is considered closed, but Mynderup said his department was contacted this week by Minot Air Force Base, and that any disciplinary action would likely come from the Air Force.

Mynderup's claims that Keiffer fabricated the story were first reported Tuesday night by CBS 13. In an interview last week with CBS 13 reporter Anna Giles, Keiffer's wife Shanika Keiffer told the station she believed her husband had been jumped. Giles tweeted that she spoke with Shanika Keiffer again Wednesday, and this time she said her husband made up the story because he wanted to get out of the military.

“This is a first for me, and I've been with the department almost 20 years,” said Mynderup, who was sworn in as chief last fall after holding that title on an interim basis. “I've never encountered something like this before, so it's definitely new to us. I mean, we get people that lie to us all the time, but not like this.”

The 91st is one of only three Air Force missile wings that houses intercontinental ballistic missiles, according to the website for Boeing, which manufactures the LGM-30 Minuteman ICBM.