A U.S. Air Force combat controller will receive the nation's third highest award for valor this week for playing an essential role in two intense firefight missions against the Taliban in Afghanistan last year 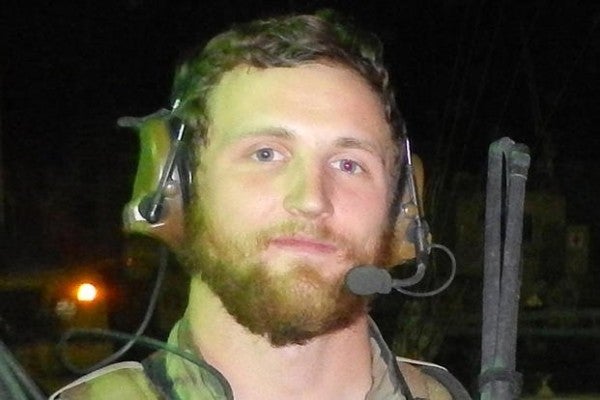 A U.S. Air Force combat controller will receive the nation's third highest award for valor this week for playing an essential role in two intense firefight missions against the Taliban in Afghanistan last year.

AFSOC spokeswoman 1st Lt. Alejandra Fontalvo said the award is for his total service during a 2018 deployment alongside an Army special forces team in support of the Resolute Support mission and Operation Freedom's Sentinel in Afghanistan.

Smith was also named the “2019 Airman of the Year” by Air Force Times. As part of the award, the paper interviewed Smith and detailed his actions.

Serving as the sole joint terminal attack controller, or JTAC, during a two-week long mission, Smith and the joint Army and Afghan teams were sent out to disperse Taliban forces that had created a stronghold in the Maymana village in northwest Afghanistan on Oct. 7, 2018.

En route to the area, the forces, which included Green Berets, lacked aerial cover due to poor weather conditions, but pressed on despite roadblocks and dozens of improvised explosive devices hidden within rubble along the path to slow their progress, according to Air Force Times.

The groups were immediately met with machine gun fire and rocket-propelled grenades when they got to the village.

The firefight went on for nearly 10 hours.

Exactly one week later, pushing forward to Shirin Tagab just due north of Maymana, Smith and the teams were met by an overwhelming force — nearly 600 Taliban fighters amassing on the village's southern flank. The fighters once again set up roadblocks and IEDs to slow the U.S. troops' convoy before another fierce battle broke out — this time with mortars.

Smith told Air Force Times the scene turned to chaos as dozens of civilians ran up to the troops for help to save their children wounded in the firefight.

Smith tried to get medical aid all while protecting the convoy. First hit in his body armor, Smith kept firing.

Mortars rained down, and one exploded two meters away from his position, resulting in a severe concussion. When Smith awoke, he declined medical attention and fought for five more hours, Air Force Times reported, before an RPG hit his vehicle.

For a second time, he turned medics away to keep fighting, the paper said.

Smith called in 11 danger-close strikes amid the pandemonium during that Oct. 14 mission, resulting in 195 enemy fighters killed and 18 fighting positions destroyed. He aided in saving American and Afghan lives, and even helped medevac a wounded team member, Air Force Times said.

“[He] remained with his team for the 14-hour vehicle movement back to friendly lines to ensure their safety,” the Air Force said Monday.