An airman pretended to be a CIA agent to impress woman, police say

A New York man was arrested early Monday after he pretended to be a CIA agent in an attempt to impress a woman, according to state police. 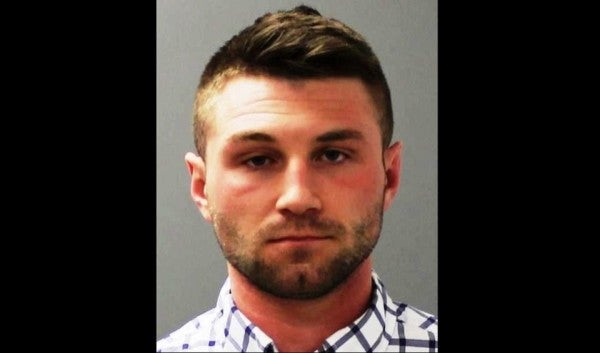 CICERO, N.Y. — A Cicero man was arrested early Monday after he pretended to be a CIA agent in an attempt to impress a woman, according to state police.

Ryan R. Houghtalen, 25, was charged with second-degree criminal impersonation of a public servant, a misdemeanor.

Houghtalen made a fake CIA identification card and claimed he was being hunted by ISIS, state police said.

“He was telling her his job as a CIA agent is very dangerous,” said Trooper Jack Keller, a state police spokesman. “He was hoping to use that information to start a relationship with her.”

Houghtalen was introduced to the woman at a local church, police said.

After showing the woman his fake ID, Houghtalen told the woman how his life may be in danger.

“He stated ISIS was after him and because she knew him, that her life might be in danger too,” Keller said. “She became nervous and upset because he convinced her her life may be in danger.”

The woman contacted police over the weekend.

State police worked with federal agents, who determined Houghtalen is not in the CIA. Troopers charged Houghtalen because he claimed to be associated with the CIA in order to defraud the woman.

A police report shows Houghtalen is in the military. His Facebook page shows him in a U.S. Air Force uniform.

Houghtalen was arrested at 1 a.m. Monday. He has no prior criminal history, Keller said. He was transported to the Onondaga County Justice Center to be arraigned on the charge. An order of protection was issued on behalf of the victim, state police said.