Editor's Note: This article originally appeared on Business Insider. An airstrike is said to have killed several members of an... 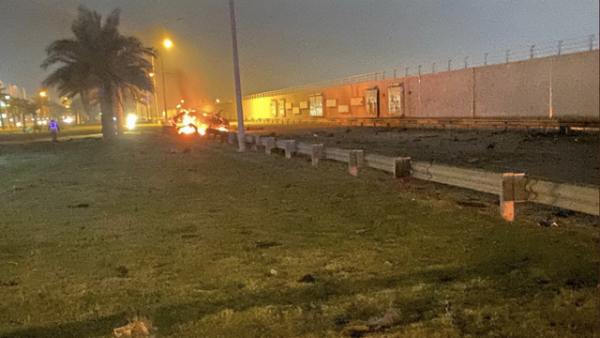 An airstrike is said to have killed several members of an Iran-backed militia near the Iraqi capital, according to multiple reports.

The Popular Mobilization Forces (PMF), a collection of Iraqi militia groups with ties to Iran, confirmed the strike in a statement, revealing that a medical convoy was struck near a stadium. Despite early reports that several leaders were killed, the PMF denied the loss of any senior leadership.

It is not immediately clear who launched the attack. A US official told the AP that the US was not responsible for the strike. A US Central Command official told Insider the same.

The strike comes just one day after the US conducted a drone strike on a convoy near the Baghdad International Airport, killing top Iranian general Qassem Soleimani and several others.

The termination of Soleimani followed a tit-for-tat exchange between the US and Iran-backed militias in Iraq.

After the Iran-backed militia Kataib Hezbollah conducted a rocket strike on a local base last Friday, killing a US civilian contractor and wounding several American service members, the US conducted airstrikes on five of the militia's facilities on Sunday.

Swarms of militia members stormed the US Embassy in Baghdad Tuesday, forcing the Pentagon to send in a special crisis response unit to reinforce the diplomatic mission.

Two days later, US forces eliminated Soleimani, who the US says was behind both the rocket attack and the embassy assault and who was allegedly planning more attacks in the region. Iran called the move a “foolish escalation” and warned of “harsh retaliation.”