The Pentagon is shipping a handicapped-accessible cell big enough to accommodate a hospital bed and wheelchair that, in a first, would let an accused war criminal live at the court during proceedings as he tries to recover from multiple spinal surgeries 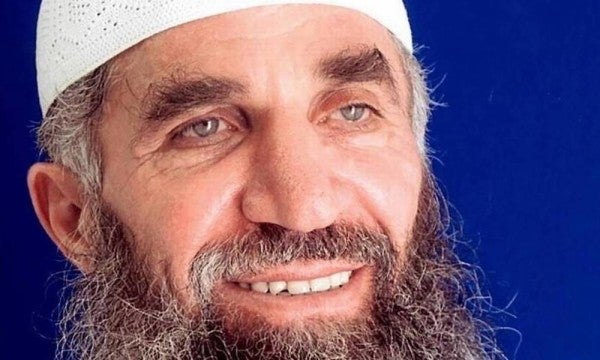 GUANTANAMO BAY NAVY BASE, Cuba — The Pentagon is shipping a handicapped-accessible cell big enough to accommodate a hospital bed and wheelchair that, in a first, would let an accused war criminal live at the court during proceedings as he tries to recover from multiple spinal surgeries.

The Camp Justice sleepover plan represents a reversal in Guantanamo detention center policy, which required that a defendant be returned each night from the court complex to a section of the detention center called Camp 7, the top secret prison for former CIA captives.

But the cascading health crises since the summer of 2017 of a 57-year-old inmate called Abd al Hadi al Iraqi have thwarted the efforts of two successive Marine Corps judges to bring him to trial.

On Friday, prosecutor Marine Maj. Johnathan Rudy announced the plan to add an extra-large holding cell with a video feed and phone line to the court. That means Hadi could watch the proceedings from a cell with hospital bed adjacent to the courtroom, if he feels too unwell to sit in court, then telephone his attorneys if he wants to talk to them.

“He will be able to get his wheelchair in there. His hospital bed will be in there. It will have the toilet in there with the sink. You know, if it doesn't have the appropriate handrails or grab rails, we'll have those installed. So, yes, it should, it will accommodate him.”

Hadi, a Iraqi Army conscript in the 1980s, is accused of commanding and paying insurgents who attacked U.S. and allied forces, as well as civilian aid workers, in the post 9/11 invasion of Afghanistan. Captured in Turkey in 2006, he got to Guantanamo in April 2007 and was charged in June 2014. He could face a life sentence if he's convicted.

Hadi, who says his true name is Nashwan al Tamir, arrived at Guantanamo with degenerative disc disease, according to his lawyers. His condition worsened in U.S. military custody until he became incontinent in his cell in September 2017. With a hurricane headed to this outpost in the Caribbean, the Pentagon scrambled a neurosurgery team to treat him. Four other surgical procedures followed, the last in May 2018.

In court last week, Hadi sat stiffly in a cushioned rehabilitation chair, wearing a white prison uniform, skullcap atop his head and no-skid hospital socks on his feet. He stood rarely and, when he did, used a four-wheeled walker to transfer himself to a standard wheelchair for Army guards to roll him in and out of court.

Hadi's case has presented a particular conundrum for the judge. In other Guantanamo cases, a judge has ordered a Forced Cell Extraction, or FCE — a tackle-and-shackle technique, to bring a resisting captive to court. But Hadi's judge, Marine Lt. Col. Michael Libretto, has adopted medical advice that such treatment could worsen Hadi's condition.

So on occasion Hadi has refused to come to court, invoking excruciating back spasms and other related pain, and refused to sign a document waiving his attendance — something other war court judges have required to hold legal arguments or take testimony in defendant's absence..

The expanded cell space would allow a prisoner, for the first time, to spend nights at the court compound called Camp Justice — something a guard force commander opposed in another military commissions case as a logistical and security hardship. Yamashita's predecessor, Army Col. Steve Gabavics, testified at a secret hearing on Dec. 16, 2016 about the impossibility of letting another former CIA captive — alleged USS Cole bomber Abd al Rahim al Nashiri — spend nights at the court complex, invoking staffing, quality of life and security concerns.

According to testimony in the Hadi trial, the Iraqi captive takes Percoset and Valium as needed to deal with back pain and muscle spasms that cause his body to seize up and his face to contort. One lasted about an hour in an earlier court session, after which he was taken from court by ambulance to an acute care unit — abruptly ending a November hearing.

His neurosurgeon testified anonymously last week that the captive who uses a walker and wheelchair has healed from the surgery but continues to have pain and back spasms that may never go away. For one hearing, the prison rolled a hospital bed into the courtroom and after a Corpsman gave Hadi pain killers for a back spasm, the captive became so drowsy that guards ushered the public out of the spectators' gallery, dimmed the courtroom lights and let him sleep it off in an extended recess. Hadi's lawyers said he found lying in the bed with spectators watching degrading. So the prison wheeled in a privacy screen.

The new wheelchair accessible cell is part of a multiphase expansion of the Camp Justice compound that could cost up to $19 million currently hearing Hadi's and the Sept. 11 conspiracy case. The USS Cole trial is on hold while a higher court handles both prosecution and defense challenges.

A war court spokesman, Ron Flesvig, was unable to estimate the cost of the new holding cell, to be the sixth and largest at the court complex.