Unfortunately for terrorists, bioweapons are also notoriously hard to control — as the Al Qaeda militants in Algeria allegedly discovered 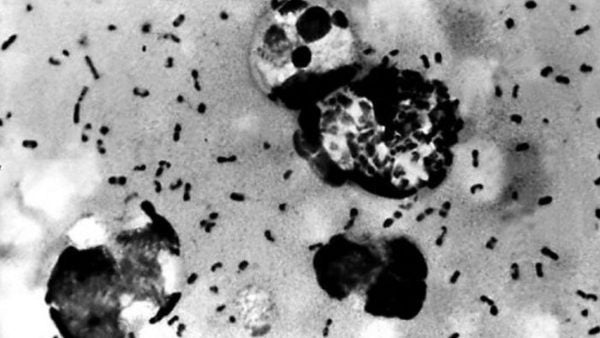 In 2009, the body of an Al Qaeda militant left by a roadside in Algeria was supposedly determined to have died of bubonic plague. His body was found in Tizi Ouzou province, 90 miles from Algiers.

The discovery led authorities to believe he was from an al-Qaida training camp, one that had been working to create a biological weapon using the plague.

Using infectious diseases to attack unsuspecting populations and sow fear is nothing new. In 1985, a religious group in Oregon tried to sway a local election using salmonella. In 1993, the religious cult Aum Shinrikyo released anthrax in densely populated Tokyo.

Anthrax was also used in the days following the 9/11 attacks in an attempt to cause further panic in the United States and among its top lawmakers. This time, it was mailed via the U.S. Postal Service. The FBI determined that a researcher at the U.S. Army's Medical Research Institute for Infectious Diseases was responsible for mailing letters laden with anthrax. Those attacks killed at least five people and hospitalized another 17. The bureau concluded that the researcher acted alone, but no one would have been surprised if the culprit was a foreign terrorist group.

Bioweapons can be an easy way to incite mass panic and can spread very far, very quickly.

Unfortunately for terrorists, bioweapons are also notoriously hard to control — as the Al Qaeda militants in Algeria allegedly discovered.

The disease that wrecked Europe in the Middle Ages, killing at least 25 million people, was absolutely devastating to the terrorist training camp, according to reports from the Daily Mail. The camp, hidden in Algeria's Yakouren Forest, was quickly turned into a mass grave for the 40 terrorists who died there. It was subsequently abandoned by the group.

Though the reports were denied by the Algerian government, a state security source told the Telegraph that terrorists linked to the Al Qaeda cell, members of Al Qaeda in the Islamic Maghreb, w
ould not have had the necessary medical resources to combat an outbreak.

This is the same reason the leadership of the Islamic State in Afghanistan recently warned its followers against travel to Europe and to halt attack operations there, lest they become infected with the novel coronavirus, or COVID-19.

Al Qaeda in the Islamic Maghreb allegedly had the same fears over the outbreak of plague in its Algerian training camp. It was afraid followers would return to their Afghan cells with a disease they could neither fight nor contain.