An Army vet with a concealed gun tried to thwart a mall shooting. Then the police arrived

A Hoover, Alabama, police officer was justified in the fatal shooting of Emantic Bradford Jr., who was wrongfully identified as the gunman during an altercation inside an Alabama mall the night of Thanksgiving, 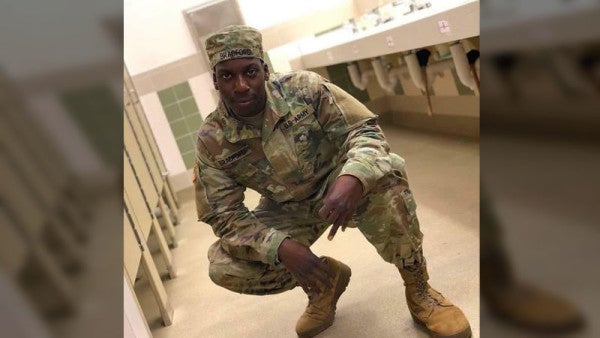 A Hoover, Alabama, police officer was justified in the fatal shooting of Emantic Bradford Jr., who was wrongfully identified as the gunman during an altercation inside an Alabama mall the night of Thanksgiving, state officials said.

Alabama Attorney General Steve Marshall in a 24-page report released Tuesday said the officer's “actions were reasonable under the circumstances and were consistent with his training and nationally accepted standards for 'active shooting scenarios.'”

The fatal incident unfolded inside the Riverchase Galleria mall in the Birmingham suburb of Hoover on Nov. 22 around 10 p.m. Police said the officer-involved shooting was triggered by a disagreement between two men outside the J.C. Penney and Foot Action stores, which quickly turned physical.

One of the men involved, later arrested and identified as 20-year-old Erron Brown, allegedly pulled out a handgun and fired off a pair shots, wounding a 12-year-old bystander and 18-year-old Brian Wilson.

Nearby Hoover police officers, who were providing security at Riverchase the night of the incident, immediately responded and fatally shot Bradford, who was armed at the time.

Initial statements from Hoover police identified the 21-year-old as the gunman and lauded the responding officers as heroes for their speedy response — but they later walked back their remarks, saying that while Bradford “may have been involved in some aspect of the altercation, he likely did not fire the rounds that wounded the 18-year-old.”

In a follow-up statement the same week, Hoover Police Chief Gregg Rector apologized for wrongfully identifying Bradford, but said that he should not have taken out his weapon in wake of the initial shooting.

Bradford, an Army veteran, had a concealed weapon permit for the firearm he was carrying at the time of his death. His family's attorney Ben Crump, said Bradford was trying to help other people in the mall to safety when he was shot three times in the back, neck and head.

After more than two months of investigation, which included a review of security and cellphone footage, the Attorney General's Office concluded that Bradford “was running toward the initial shooter and victim with a firearm visibly in hand,” according to the report.

“The Attorney General has determined Officer 1 did not commit a crime under Alabama law when he shot and killed E.J. Bradford and thus the Alabama Rules of Professional Conduct preclude presentation of this case to a grand jury.”

Police arrested Brown in Georgia exactly one week after the fatal incident. He was charged with attempted murder in Wilson's shooting, though his attorney has said video will clear his client of any charges.

WATCH NEXT: An Airman Recount Aiding Civilians During The Las Vegas Shooting