An Alaska Army National Guard private from Anchorage is accused of sexually assaulting eight women over a six-year period. Kayshawn... 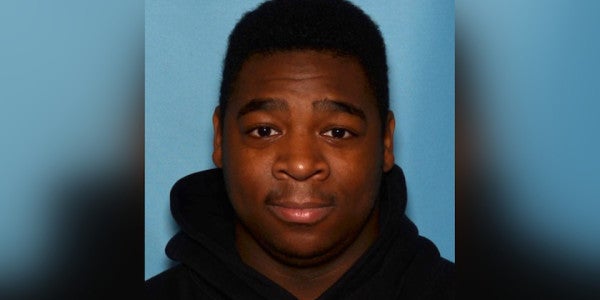 An Alaska Army National Guard private from Anchorage is accused of sexually assaulting eight women over a six-year period.

Kayshawn Dyett, 22, was originally charged with sexually assaulting two women in a 24-hour period in April and was arrested in early May.

None of the women encountered Dyett through the National Guard, he and a Guard spokeswoman said.

Dyett joined the Guard in 2014, according to Lt. Col. Candis Olmstead. He serves with the 297th Support Company, 1-297th Infantry Battalion as a traditional part-time member.

Dyett is not reporting for duty at this time because of “the nature and seriousness of the charges” against him, Olmstead said in an email Tuesday.

“There has not been a change in his affiliation with the AKNG, but he is not present for duty during drill weekends or annual training pending results of the criminal case, ” she wrote.

If a member of the Guard is convicted of sexual assault, they are processed for separation, Olmstead said. But if the accusations violate not only civilian law but the Alaska Code of Military Justice, the Guard can't initiate a court martial until prosecutors decline prosecution or dismiss the charges.

A relative of Dyett's contacted by ADN on Monday declined to comment.

Dyett was initially arrested in May on charges he sexually assaulted two women, but police said they expected more victims to come forward.

They did. Based on reports from six other women, a grand jury in early August indicted Dyett on four counts of first-degree sexual assault, three counts of second-degree assault and a count of attempted sexual assault.

The additional charges from the August indictment reflect accusations against Dyett that began in December 2012, when he was a sophomore at Bartlett High School, according to the bail memo. A girl he knew said he approached her in a gym hallway and groped her and forced her onto a bench, with his pants down, before she got away.

The next two victims said they both worked with Dyett at Sam's Club in 2016 and 2017 and initially had consensual relationships with him, according to the memo. Later, he choked one during sex and ignored requests to stop during sex.

A fourth victim said Dyett forced her to have sex on a May 2017 camping trip, the memo says. A fifth woman said he groped her after they became roommates in June 2017. A sixth said she met Dyett through their jobs at Dave & Buster's in the Dimond Center mall. He pushed her to the floor while they were watching a movie and forced her to have sex, according to the memo.

Dyett posted $5,000 bail the day after the grand jury indictment was handed up, a state courts database shows. He posted another $5,000 cash bail last week after a judge increased the amount to $10,000. Schweitzer had requested $100,000 cash performance and $25,000 cash/corporate appearance bonds.

Dyett remains out of custody on house arrest with Pretrial Enforcement Division monitoring.

His next court date is a pretrial conference scheduled for October.