The US military has banned the consumption of alcohol for servicemembers after a US Marine struck and killed an Okinawa... 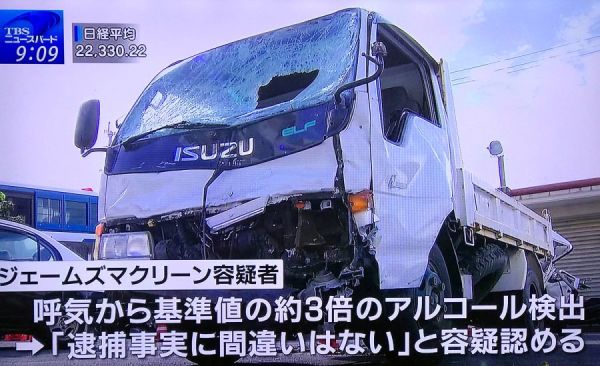 The US military has banned the consumption of alcohol for servicemembers after a US Marine struck and killed an Okinawa man in a truck where “alcohol may have been a factor,” on Sunday, according to a statement.

The US Forces Japan declared that all servicemembers “restricted to base and to their residences,” after the 21-year-old Marine's crash. Japanese police told Reuters that the Marine had three times the legal level of alcohol in his blood at the time of the crash.

US servicemembers in Japan have bred resentment among the local population with DUI convictions and drunk-driving related deaths. About half of the US's 50,000 troops in Japan live in Okinawa.

“Commanders across Japan will immediately lead mandatory training to address responsible alcohol use, risk management and acceptable behavior. All military members and U.S. government civilians in Japan are required to attend,” the statement read.

“The Defence and Foreign Ministries have lodged a stern representation to the U.S. forces in Japan and the U.S. embassy in Japan, asking for the enforcement of discipline, prevention of recurrence and sincere response to the bereaved,” Japanese Chief Cabinet Secretary Yoshihide Suga told a regular news conference on Monday, according to Reuters.

The US maintains a large military presence in Japan and South Korea partially to contain North Korea and balance the regional influence of China.