Amazon filed a lawsuit Friday challenging the Defense Department's choice of rival Microsoft Corp. for a Pentagon cloud-computing contract worth as much as $10 billion. 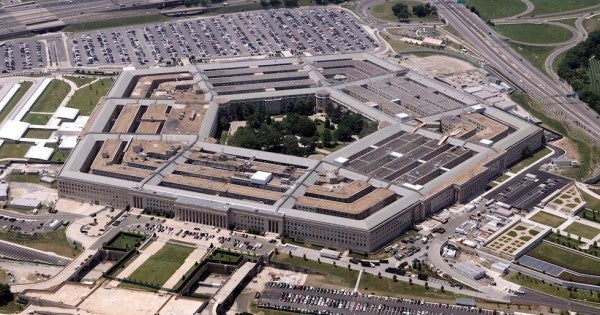 WASHINGTON — Amazon.com Inc. filed a lawsuit Friday challenging the Defense Department's choice of rival Microsoft Corp. for a Pentagon cloud-computing contract worth as much as $10 billion.

The lawsuit, which was filed under seal in the U.S. Court of Federal Claims in Washington, marks Amazon's most aggressive push to defend its competitive edge in the lucrative and cutthroat world of federal government contracts.

Amazon previously said it planned to formally protest its loss of the Pentagon's Joint Enterprise Defense Infrastructure, or JEDI, cloud contract because the evaluation process was deficient.

“It's critical for our country that the government and its elected leaders administer procurements objectively and in a manner that is free from political influence,” Amazon spokesman Drew Herdener said in a Nov. 14 statement. “Numerous aspects of the JEDI evaluation process contained clear deficiencies, errors, and unmistakable bias — and it's important that these matters be examined and rectified.”

Representatives of the Pentagon and Amazon didn't immediately respond to requests for comment.

In court paperwork, Amazon said the lawsuit was filed under seal because it contains “sensitive” information that “would cause severe competitive harm” if it's released.

Microsoft asked to intervene in the suit, arguing in a filing that the case will “directly affect Microsoft's interests” and “carries the potential for significant economic and other harms to Microsoft.”

It's widely expected that Amazon will argue that its loss of the high-profile contract was due to improper political influence by President Donald Trump. Exhibits filed with Friday's complaint include Trump's comments to the media in July as well as a Fox News segment called “Swamp Watch.”

In July, Trump stunned lawmakers and technology companies when he openly questioned whether the JEDI contract was being competitively bid, citing complaints from Microsoft, Oracle Corp. and International Business Machines Corp. Trump has long criticized Amazon founder Jeff Bezos on everything from the shipping rates his company pays the U.S. Postal Service to his personal ownership of what Trump calls “the Amazon Washington Post.”

A new book by Guy Snodgrass, a speechwriter to former Defense Secretary Jim Mattis, alleges that Trump, in the summer of 2018, told Mattis to “screw Amazon” and lock it out of the bid. Mattis didn't do what Trump asked, Snodgrass wrote. Mattis has criticized the book, but hasn't commented on the allegation concerning Amazon.

Dana Deasy, the Pentagon's chief information officer, said during his confirmation hearing in late October that to the best of his knowledge, no one from the White House reached out to any members of the JEDI cloud contract selection team.

Procurement experts have said it's difficult for losing bidders such as Amazon to overturn contract awards by alleging political or vendor bias because it requires the company to show the agency took Trump's comments into consideration when it picked Microsoft.

While no law prohibits a president from weighing in on a contract, federal agencies must follow strict rules about what they can and can't consider when making an award decision. Agencies must choose vendors based on the criteria outlined in their requests for proposals to avoid inviting a successful legal challenge, according to procurement experts.

Amazon isn't the only losing bidder suing the Pentagon. Oracle is also appealing a July ruling from the U.S. Court of Federal Claims that dismissed its legal challenge to the cloud contract.

Both legal challenges could delay the Pentagon's implementation of the contract the Defense Department considers critical to its modernization. The cloud project is designed to consolidate the department's cloud computing infrastructure and modernize its technology systems. The contract is worth as much as $10 billion over 10 years and could offer the winner a bigger foothold in the burgeoning federal cloud market.

(With assistance by Matt Day.)