Tim Kennedy is a man of many talents, and fighting in the octagon is one of them. Now, after nearly... 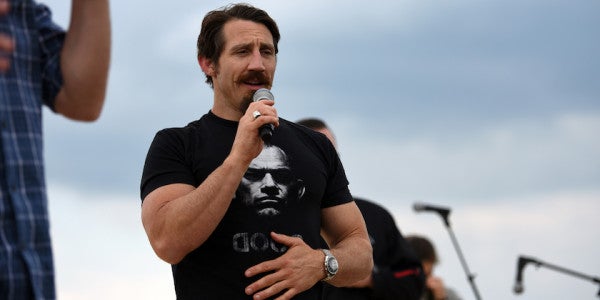 Tim Kennedy is a man of many talents, and fighting in the octagon is one of them. Now, after nearly two decades competing professionally as a mixed martial artist, the 37-year-old middleweight is retiring from active competition.

Kennedy, a U.S. Army Special Forces soldier, announced his retirement via social media on Jan. 17. The news wasn’t totally unexpected. In December, Kennedy, who boasts an 18-6 record since 2001, lost his first fight in two years, to 25-year-old Kelvin Gastelum at UFC 206.

“I felt tired for the first time ever in a fight,” he wrote. “I’m the guy that once graduated Ranger School — a place that starves you and denies you sleep for over two months — and took a fight six days later in the IFL and won. I’m the guy that is always in shape. And I was for this fight. I worked harder than I ever have before for this fight. But I wasn’t me anymore.”

Kennedy joined the Army in 2004. He spent the next five years juggling his MMA career and his responsibilities as an active-duty Green Beret sniper, a demanding job that kept him on a constant rotation through Iraq and Afghanistan, and at one point earned him a Bronze Star with Valor.

“They’d fly me and my sniper buddy in, and we’d go from firebase to firebase picking off whoever was out there to let them know they had better not be within a certain range,” Kennedy recalled of one of his deployments in an interview with Muscle & Fitness.

In 2009, Kennedy left active duty and transferred to the Texas Army National Guard. He rose to the top of his weight class in 2010, but then he was defeated by Ronaldo “Jacare” Souza in the Strikeforce title fight. After Strikeforce shuttered in 2013, Kennedy began fighting in the UFC, where he earned two fight night bonus awards.

In his Facebook announcement, Kennedy thanked everyone who had helped him throughout his MMA career, including coaches, friends, families, opponents, and even Gastelum, whom he described as “a really respectful and hard-working young fighter who went out and did all the things I consider myself good at, but did them better.”

He also gave a heartfelt shoutout the military community, writing, “I’ll never be able to explain how much you motivated me and how much I always tried to make you proud…I will keep fighting for you all until the day I die.”