An American Citizen Fighting For ISIS Has Been Captured In Syria

An American-born ISIS fighter has been captured in Syria by Kurdish forces, Betsy Woodruff and Spencer Ackerman of The Daily Beast report.... 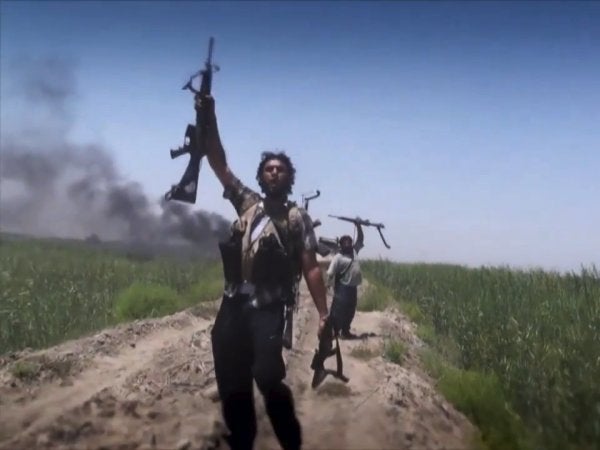 An American-born ISIS fighter has been captured in Syria by Kurdish forces, Betsy Woodruff and Spencer Ackerman of The Daily Beast report.

The Beast report cited multiple US military spokespersons as being “aware of reports” that a US citizen was captured, while a source familiar with the situation told the site the unnamed fighter had “surrendered.”

US military officials confirmed the capture to CNN and Fox News. CNN's Ryan Browne reported the American was in the custody of the Syrian Democratic Forces, the US-backed militia spearheading the push into the ISIS capital of Raqqa.

“We are aware of that report,” a State Department spokesperson told Business Insider, referring to The Daily Beast. “We have no information to share at this time.”

A spokesperson for Operation Inherent Resolve, the US military-led coalition leading the fight against ISIS in Iraq and Syria, did not immediately respond to Business Insider's request for comment.

This would not be the first case of an American being captured while fighting for the terror group. Mohamed Khweis, 27, originally from Virginia, joined the group and later surrendered to Kurdish authorities in 2016, according to NBC News. He was later convicted of providing material support to ISIS and faces a minimum sentence of five years imprisonment.