Monday, March 13, marks National K9 Veterans Day, a day to honor and commemorate the service and sacrifices of American … Continued 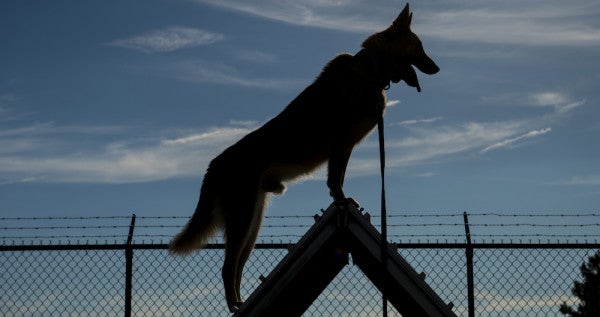 Monday, March 13, marks National K9 Veterans Day, a day to honor and commemorate the service and sacrifices of American military and working dogs throughout history. According to American Humane, it was 75 years ago today that the U.S. Army first established the War Dog Program, or “K9 Corps,” to train man’s best friend to become the military’s best canine asset. The dogs of war who have served alongside soldiers throughout history aren’t just good dogs — they’re great dogs.

The most well-known working dogs include Smoky, the female Yorkshire Terrier rescued from a foxhole by Cpl. Bill Wynne during World War II who visited injured soldiers and helped string communication lines between military outposts in the Pacific Theater; Gander, the enormous Newfoundland “promoted” to sergeant of an Royal Canadian rifle team who terrified the bejesus out of unsuspecting Japanese soldiers and saved his unit by literally playing fetch with a Japanese hand grenade; and Lex, the German Shepherd, who faithfully served alongside owner Cpl. Dustin Lee until the corporal’s death in Iraq in 2007. And who can forget Sgt. Stubby, the original war dog:

The four-legged trailblazer earned fame for his battlefield heroism while attached to the Army’s 102nd Infantry Regiment, 26th (Yankee) Division, during World War I. A stray at the time, Stubby met his best friend and handler, Cpl. Robert Conroy, during training in Virginia. Smuggling Stubby aboard the SS Minnesota in October 1917, the two set sail for France.

As of 2015, there were about 2,500 war dogs operating in service of the U.S. military, with around deployed 700 overseas with U.S. troops at any given time. Below, we pay tribute to some of America’s finest canine warriors. And remember: When things get tough, cry havoc and let slip the dogs of war:

Jop, a military working dog with the 49th Security Forces Squadron, poses for the camera during a “play time” session at Holloman Air Force Base, New Mexico, on Dec. 7, 2016.

Who's a good boy? You're all very good boys.