An Army vet’s widow got her meds from a South Carolina naval hospital for 12 years. Then a $10,000 bill arrived

Claretha Singleton, widow of an Army veteran who died of lung cancer years after exposure to Agent Orange, filled her prescriptions at the Naval Hospital Beaufort for 12 years. Last November, the hospital told her that not only was she not eligible to get her medicine there, but she owed money for all the drugs she'd obtained there previously. 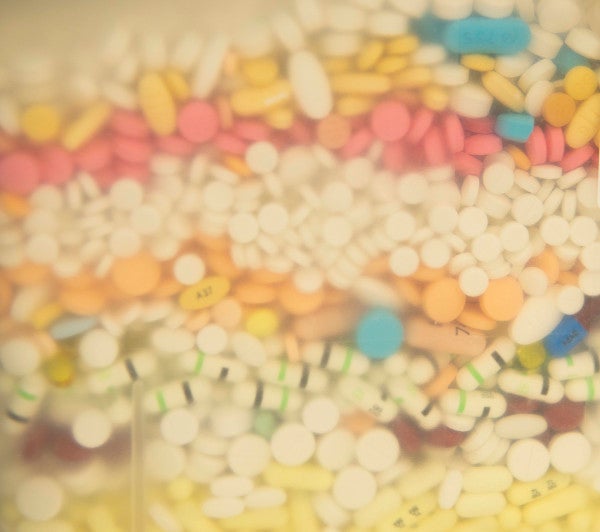 Claretha Singleton, widow of an Army veteran who died of lung cancer years after exposure to Agent Orange, filled her prescriptions at the Naval Hospital Beaufort for 12 years. Last November, the hospital told her that not only was she not eligible to get her medicine there, but she owed money for all the drugs she'd obtained there previously.

Singleton, 69, a St. Helena Island native, was financial aid director for the Technical College of the Lowcountry for 26 years before retiring. She lost her husband in 1999.

She began filling her prescriptions — two for blood pressure, one for cholesterol and one for her thyroid — at the Naval Hospital Beaufort in January 2006, and went there every 90 days for the next dozen years.

In November 2018, when she went to pick up her prescriptions, an employee at the hospital told her she wasn't eligible for medical services.

“You must be mistaken,” Singleton said to them. “I've been doing this for more than a decade.”

Another employee offered no explanation for why Singleton was no longer eligible but warned her that the hospital would be sending her a bill.

The next morning, Singleton got a call from the billing department confirming the hospital would be tallying up what she owed.

She went back to the hospital. “I was going to fight this,” she said. “I was shuffled from office to office, and no one told me anything. In fact, I have not spoken to one person yet who could explain to me how this happened or who caused this.”

Singleton said she didn't sleep for three weeks. She waited for a bill that didn't come. She didn't hear from the hospital again for months, so thought the hospital must've realized its mistake and fixed it.

But on Aug. 29 an invoice arrived in her mailbox.

It said she owed $10,630.29 to the Department of Defense Military Treatment Facilities for pharmacy/prescription services from January 2006 to October 2018.

Most of it — nearly $8,000 — was for the prescriptions, Singleton said. The rest was penalties and interest.

She was given 30 days, until Sept. 28, to pay the total to avoid additional charges. Her only choice to protest: appeal to the Secretary of the Navy at the Pentagon.

Singleton was used to dealing with red tape from her years in financial aid, but fighting the military brass was more than she could deal with. She was intimidated, afraid for her future, and alone.

To avoid the additional fees the department had threatened to charge, she went to her bank and took out a personal loan to make the payment on time.

She paid the bill in full on Sept. 26, two days before the deadline.

On Sept. 30, she received another invoice. It added $9.45 in interest because the department said she had not paid what she owed.

“That just knocked me for a loop,” Singleton said.

Singleton is now getting her prescriptions though CHAMPVA, the Civilian Health and Medical Program of the Department of Veterans Affairs, so hasn't been without the medicine her life depends on.

All $10,639.74 has been paid to the Department of Defense, giving Singleton some peace of mind.

But now, and for the next three years, she pays more than $300 a month toward the loan.

“It's cutting into my finances,” she said. “I'm just trying to get through it day by day.”

She hasn't given up her fight for reimbursement.

After she wrote the check, she also wrote the Pentagon to ask for a reimbursement waiver, per instructions on the invoice. A hospital employee helped her craft the letter but said that once Singleton sent the appeal, she was on her own.

She sent that first letter on Sept. 26. No response. A few weeks later, she wrote again, this time, with a certified return receipt.

On Oct. 5, she sent a letter to U.S. Sen. Lindsey Graham asking if there was anything his office could do.

Graham's office asked her to fill out a form, which she did.

A representative with Graham's office confirmed with The Island Packet on Monday that the office has been working with the Navy Congressional Liaison to “see what can be done to assist” Singleton.

Singleton said Monday that she has also reached out to U.S. Rep. Joe Cunningham's office in Beaufort.

“I'm just overwhelmed,” Singleton said. “I felt alone, like there was no one there to help me.”

Reached for comment, Naval Hospital Beaufort said in an emailed statement that federal law requires the hospital to seek reimbursement for services that were provided to non-eligible patients.

The hospital “cannot comment on services provided to a specific patient without release authorization,” it said, but it has “no authority to waive any portion of the bill.” Only the Secretary of the Navy has that authority.

Typically, the statement said, the hospital tries to verify patients' eligibility before providing services and to “generate accurate and timely billing for services.”

“Unfortunately, failure of the verification process does sometimes occur,” it said. “When these errors are discovered, all corrective efforts are made.”